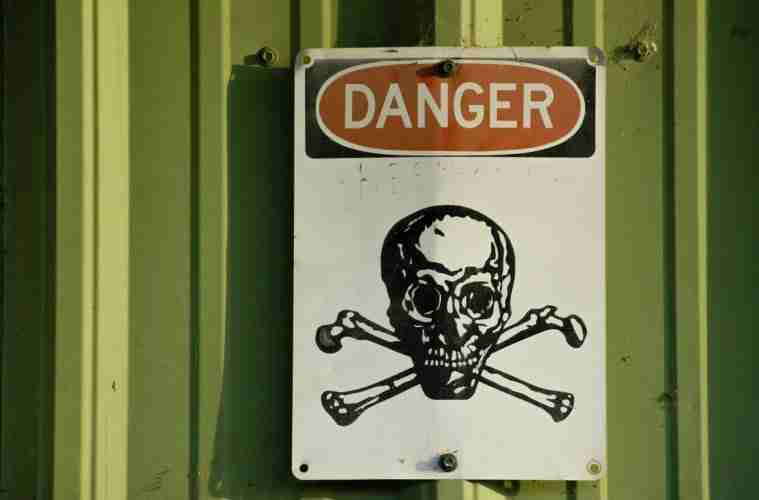 Rebecca RothschildOctober 11, 2017
News & CommunityThoughts0 Comments 0
The world of video gaming could be next in line behind Hollywood as a newsworthy hotbed of harassment and scandal. I know too many developers who are women who have experienced unacceptable situations and feel their only choice is to be silent. They fear for their jobs and their reputations within the development community. Game studios do not give women enough support to feel safe to speak up. Everything about the game industry is still very much male dominated. From who gets hired, to who has hiring power and who the products are marketed it to.

Even when fans turn on studios and lash out and harass staff, they do little to defend their employees. And no, the rules post on your community forums does not count. The sexism and racism spewed out by a malicious minority of online players turns their products into conduits of hate and they have very little to say about it.

Developers need to take a stance and use their influence to make it clear they want no part of this hatred to protect their customers and themselves. Unfortunately where they stand may not always be clear. This leads me to something that happened that I remained silent about for a long time, but it’s a great example of the complacency in this industry that has to go. 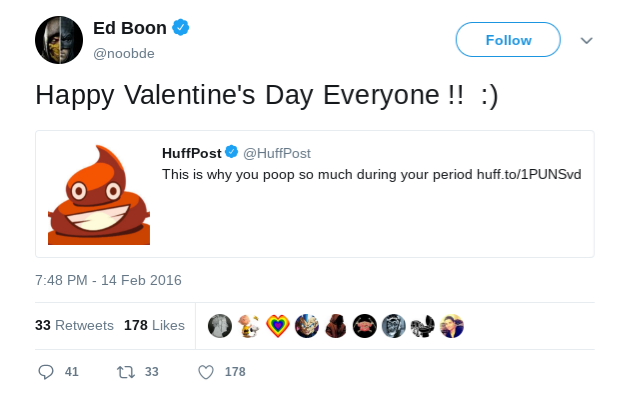 Whether he intended it or not, this tweet was made at the expense of women. What’s worse was no one had anything to say about it. No one in the press or community called him out. Instead there was just a bunch of praise and encouragement from his followers. The cherry on top is I was working as a contractor at Netherrealm Studios at the time and felt I couldn’t express my anger about it because he was essentially my boss.

The lack of response to this tweet is a prime example of a red flag for gaming. This is how and why sexual harassment, racism and sexism are allowed to breed in industries, things like this go unchecked. This is not about dragging Ed through the mud. This tweet is a public display of the issues I’m talking about and it had a serious effect on me personally. I just want him, and everyone in this industry to understand that developers have serious influential weight in the gaming community. This tells his fans it’s okay to make a joke of women’s bodies, and make them feel embarrassed about natural bodily functions. This gives that toxic little minority a signal that making fun of women is fine, and they will run with it.

I waited half a lifetime to work for Ed Boon. Chicago is my city and I loved that Ed was here making games that defined my childhood. Now he had managed to erode my passion for working in games, however this is by no means the only incident that has contributed to that erosion. I have personally experienced and have heard endless stories of blatant sexism, racism and ageism in game studios but NDAs and fear of legal retaliation are very good at keeping a lid on these issues.

For anyone reading this who works in the industry and has experienced situations that they feel may have violated their rights, I URGE you to seek help. A good place to start is the EEOC (Equal Employment Opportunity Commission).

Perhaps game development being pulled by the collar in front the world to have its deepest flaws exposed is just what the doctor ordered. Speak out when you can, if you can because otherwise the industry will continue with business as usual.