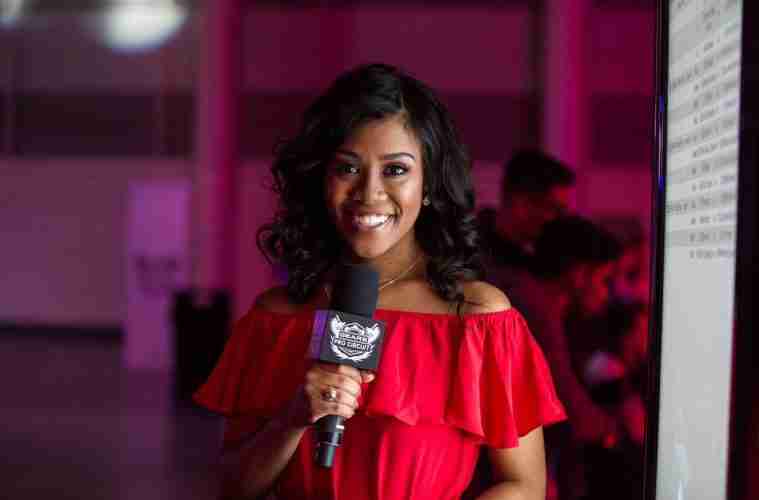 While in New Orleans covering the Gears of War tournament, I was immediately drawn to the brilliant energy of Jourdan Kerl. You can’t miss her, she brings so much passion and personality to the broadcast team. I love how you can tell she has to contain her excitement with the rest of us as she conducts interviews and provides viewers with updates and tournament analysis. I cannot tell you how excited I am to introduce Jourdan to the SG readership as she was kind enough to grant me an interview. 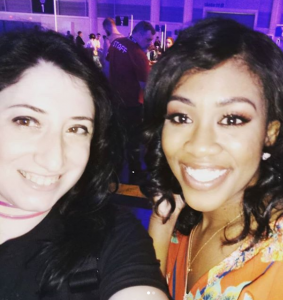 Rebecca Rothschild: What is it about the GOW esports community that makes it so special for you?
Jourdan Kerl: Although I’ve never played GoW competitively, I have played the game for 10 years since Gears of War 2. The passion within this community is really unmatched, which you can see in every single game during any event or on many players streams. It’s one of those special titles that I believe resonates with so many diverse communities. I’m also willing to bet that it’s one of the most diverse esports scene. That goes from the players, which span many different countries and cultures, the officials and even the broadcast team. This diversity is also reflected throughout the game in its lead characters.
RR: Would you consider yourself a lifelong gamer?
JK: 100%. Without question, I will always be a gamer. Since I was a little girl, I’ve always been one of the guys. I grew up an only child with two boy cousins, who played with LEGOs and video games. I wanted to be the one standing in line when the latest title dropped at midnight in GameStop. I’ve always found peace in gaming. I’ll always be a gamer.
RR: What are some of your pursuits outside of gaming?
JK: Currently, I’m earning my master’s degree in journalism. My focus in this venture is to become an esports host/producer, so I guess it isn’t really “outside of gaming.” Haha! What can I say? I guess I can’t get away from it. Right now, it’s mainly graduate school. Since the program I’m currently in is a year-long venture, it takes up most (if not, all) of my time. I also enjoy spending time with my family and friends and exploring new cities, since I’ve moved about 3 times in the last year.
RR: Esports has come a long way, but there is always room for improvement. In what ways do you think esports could continue to improve upon itself?
JK: I think diversity is the biggest struggle right now for esports. I say that not just from a cultural perspective, but also for more women to be included in the competitive scene. There are talented female gamers out there, but I wonder how much of an effort is being made to recruit them.
RR: What would you say to people who are interested in esports but are fearful about being accepted by the community?
JK: I would say that I don’t know anyone who has been successful that didn’t take a risk. One of my professors told me during undergraduate career before a major presentation that “You can only be the performer or the audience. Depending on where you decide to stand, you’ll be received accordingly.” I really took this advice with me going into my first reporting event for the Gears Pro Circuit New Orleans event. I worried about how I would be received, but I constantly reminded myself that I could do this and that I was here for a reason. The feedback I received from the event was overwhelmingly positive, and I still tell myself how unbelievably blessed I was to be able to work that event. At a recent NABJ convention I attended, one of the guest panelists asked the audience, “if you knew what was on the other side of fear, would you still be afraid?”
One last note on this question, to be completely candid, as a woman entering a male-dominated industry, there is no feeling like being the only one in the room. However, that has never stopped me. I don’t think anything should ever stop someone from chasing their dreams either. 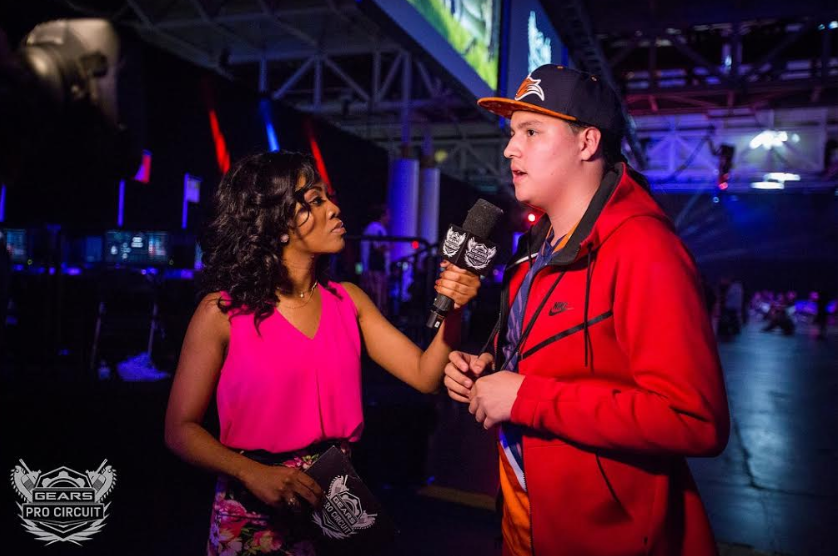 RR: When did you know you wanted to be more than just a spectator when it came to esports?
JK: Initially, I wanted to develop video games, which is why my bachelor’s degree is in computer science. However, the first job that I really wanted was to be a meteorologist, but that didn’t last long considering my fear of tornados. Back to gaming, I always read GameInformer magazine growing up and watched IGN. I found that — although, I can develop and code games — I wanted to dictate the stories and create content around gaming, but didn’t really know how. I attended graduate school to figure out how to develop my skills on camera and create my lane in esports. 11 months later, I’ve served as a floor reporter at a Gears of War event, freelanced for several esports publications and now hoping to continue to produce content for esports in bigger ways. I’ve never been a “sit and watch” kind of girl though; I’ve got a lot of ideas, so that wouldn’t do. Anything is possible!
I want to thank Jourdan for taking the time to chat with me. Keep an eye out for Jourdan on the Gears Pro Circuit streams and follow her on social media (IG & Twitter: @jourdankerl).