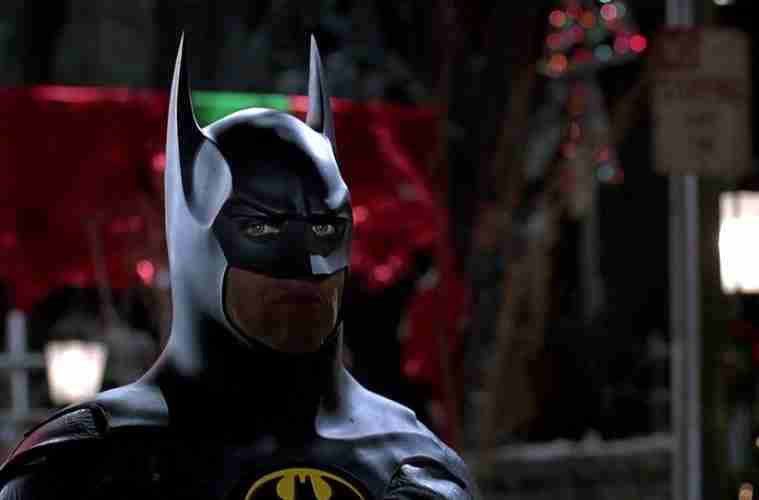 Flying in at number 10 on our list Iron Man 3 is the last solo entry in the Iron Man film franchise. This installment has traumatized Tony Stark fighting international terrorists in a plot to over throw American democracy. What makes this an interesting addition is that the main theme is a struggle of a man overcoming his Post-traumatic Stress Disorder. With the backdrop of Christmas it calls attention to just how common it is for people to struggle with mental health issues around the holiday season.

Nothing says Christmas like a home invasion. A dysfunctional married couple is taken hostage after a muffed burglary in this high-tension dark comedy. What makes this a memorable Christmas movie is in the subtly in the relationship dynamics over the course of the film and how their love is rekindled through the experience. Nothing says bringing the family together like a gun in your face am I right?

Christmas is an interesting choice for the backdrop to a Batman movie, especially one with a summer release date. But the Christmas setting emphasizes the theme of loneliness throughout the film. No character in this film seems to find what they are longing for, the Penguin never finds his parents to find closure, Catwoman never escapes her isolation, and Batman is still steeped in loss. This gothic story of a

Speaking of sexual undertones, the # 7 slot on this list is the controversial Eyes Wide Shut. This is a complex film that explores the struggle of a middle-aged couple as they dread through a midlife crisis. The story is a rabbit hole of suspense the lures you into the darkness of the unconscious self. The Christmas motif is continually used as a contrast between good and evil, light and darkness. There is only one setting of the film where there is no Christmas decorations seen, when revealed it adds a lot more contrast to the themes of the story.

If one thing can be said be said about Brazil is that it is unconventional. This sci-fi satire is an imaginative social commentary shows the brutality of human nature in a dystopian future. Brazil brilliantly uses Christmas as a means to criticize capitalism and the feeling of emptiness that consumerism produces. This surreal portrayal of Christmas will remind you that peace and good will are just sales slogans this holiday season.

There are many people who feel isolated over the holidays and no movie captures the themes of loneness and family awkwardness like Edward Scissorhands. This film feels like the most personal of the Christmas based movies Tim Burton has made. It captures the story of a Edward who is perceived as being incomplete but after being taken in by a family and through acceptance he finds confidence within himself. The

This 80s rehash of the Prince and the Pauper captures a wealthy wall street broker and a homeless street hustler trade places just in time for Christmas! Hijinks and hilarity ensue as both sides conspire to come out on top. This film has a real Christmas message how real wealth isn’t about how much money is in your bank account but by the friendships we create.

Rounding out the top 3 spot on out list is the horror comedy Gremlins. This is a iconic Christmas movie in that it captures a lot of the holiday motifs established in films like “It’s a Wonder Life” where the greedy elderly banker seeks to use her financial influence to push families out of their homes and steal puppy dogs. Definitely one of the more lighthearted films on the list the juxtaposition of the holiday decorations make the Gremlins’ hijinks funnier and engaging. At its core Gremlins placed emphasis on the importance of family and coming together over the holidays.

Lethal Weapon is a particularly dark addition as a Christmas story. Riggs is alone through the holidays after his wife’s accidental death. Contemplating suicide he points a gun in is mouth only to be saved by a cartoon Christmas special that appears on the TV. Once you get past the explosions, fist fights, and shoot outs, Lethal Weapon is a about a depressed man that is taken in Murtaugh family. Through this rekindled feeling of family he finds that his life is worth living, a true Christmas miracle.

I am sure many of you already saw this one coming but it is a quintessential unconventional Christmas movie. The genera of the 80s action blockbuster has never been better scripted, more iconic, or cool than Die Hard. At its base Die Hard is the story of a man trying to get home to his family for Christmas. Unfortunately what stand between him and reuniting his family is a building full or terrorists with machine guns. This movie has gained so much traction as a Christmas movie that it may disappear from the Unconventional list permanently.