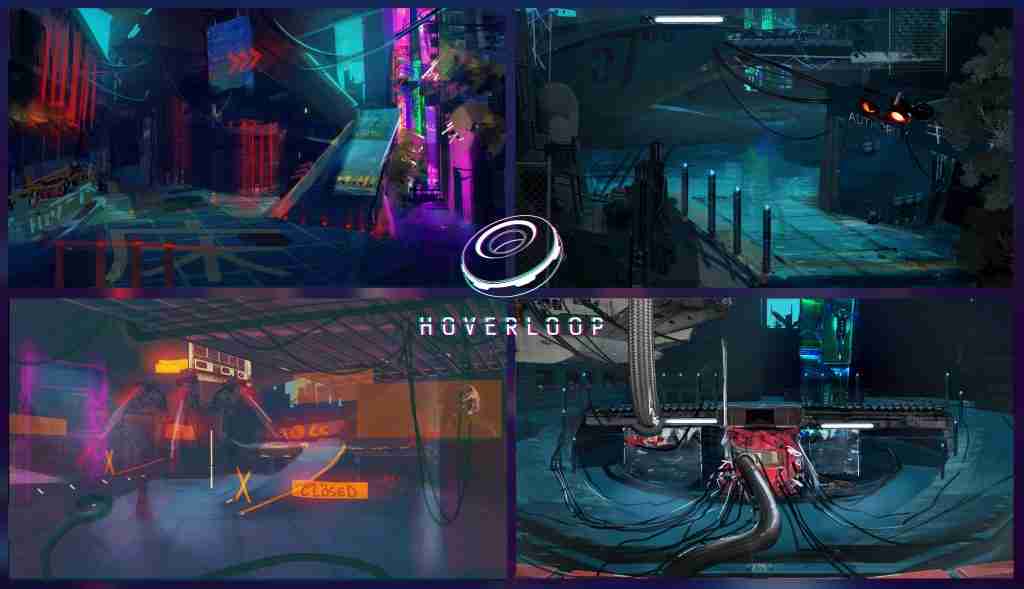 Hoverloop is a Multiplayer Arcade Arena Combat game. Fight against or work together with friends in splitscreen/online multiplayer. If you would rather go solo, that’s also possible, with AI-Bots in a variety of game modes (Deathmatch, Team Deathmatch, Invasion…).

Made with the Unreal Engine, the customization and combat might please those who are fans of arena online multiplayer games. Access an array of customizable drones with unique abilities. Use teleportation, deathrays, control jammers and super speed to carry your team, or yourself, to victory!

The game is currently in Early Access containing only local (OFFLINE) splitscreen. Online play will become available upon release, this fall 2019.

Following the technological advances of the early 21st century, arena combat began surpassing all other forms of entertainment, giving rise to the biggest industry on earth.

In the year 2077, one league has taken centre-stage, and become our modern-day colosseum. Drone gladiators from around the world battle for glory in the Hoverloop arena, risking everything in the process. The crowds chant their names, revel in their victories, and delight in their failure. While the champions are rewarded with fame and fortune, losers are shunned and humiliated, becoming outcasts of our volatile society.

Build your following, customize your drone. Battle your rivals for glory in the Hoverloop Arena.