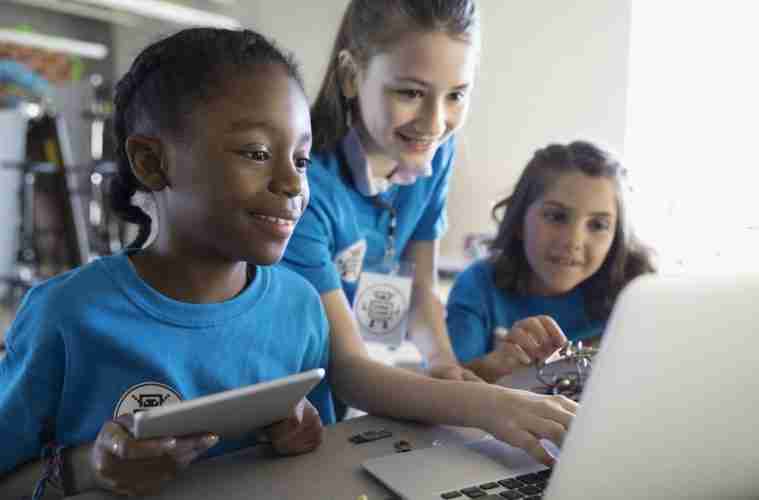 Video games seem to be undergoing constant evolution these days: groundbreaking advances in VR, professional esports players becoming banned due to hate-speak (heck, professional esports players existing in the first place is still an unbelievable concept to much of the non-gamer public), and genre-expanding concepts that push games into artistic explorations of 3D space , grief, poverty, and race, to name a few.

On top of it all, representation within video games is increasing, with more diverse, leading characters (e.g. Uncharted: The Lost Legacy, which has a black South African as one of its main characters) and expanding character-customization options (e.g. the Mass Effect and Fallout series) appearing more frequently.

Behind the scenes of the economic juggernaut that is the gaming industry, however, things are a different story. In 2017, the International Game Developers Association found that only 21% and 3% of respondents identified as female or trans, respectively. Considering race, 68% of respondents identified as white/Caucasian/European. Black/African Americans or Africans only composed 1% of the survey, which was the smallest group represented behind Aboriginal or Indigenous peoples at 2%. And when minorities do get hired, they often find themselves paid less than their white or male counter-parts. At the top of this growing industry, only 13% and 17% of for-profit startups in the tech industry have been founded by racial minorities or women, respectively.

Many recent articles highlight the lack of diversity in the gaming industry and contemplate what could have led to the scarcity of under-represented groups. In Chicago, gaming studios are rare and competition for industry jobs is high, especially after Midway Games went out of business in 2009. For example, video game companies in all of Illinois represent only 3% of all employment in the video game industry compared to California’s 54%.

The lack of opportunity in the video game industry is tragic, because it holds massive potential for women and minorities to develop useful skills (especially in STEM) that they can apply within the tech industry and beyond. Part of the scarcity of minorities in the industry results from a tech skill gap caused by educational institutions facing challenges keeping up with rapidly changing technology and employment structures as well as institutional biases in power dynamics and hiring practices. Furthermore, many people don’t realize that gaming is more than an entertaining pastime—it is a gigantic industry that takes a wide variety of multi-talented people to function. We need to make sure kids know that not only can they become pro-gamers, streamers, and the like but they can also become video game music composers, writers, artists and animators, or work in social media and marketing.

In the true spirit of the City of the Big Shoulders, we are not here to tell you what needs to be done or what someone else should do. We are here to tell you what is happening and what we are doing to change things right now from the grass roots to the top of the gaming industry. Building on the concept that she started under the #createnotcomplain hashtag, gamer and entrepreneur Keisha Howard is in the process of using the foundation in the video game industry she developed with her 8+ year-old diversity advocacy group, the Sugar Gamers, to build her own game design company called Violacea Studios right here in Chicago.

With her company, Keisha and the Sugar Gamers are (1) building a game design company with a diverse team and underrepresented people in leadership positions, (2) being socially impactful by staying in the city and developing local talent, and (3) creating different conversations about the video game industry both inside and out, and from top to bottom.

As a black female, Keisha faces challenges getting the company off the ground. The market for video games in Chicago is still growing and Keisha spends much of her time traveling to help attract investors and learn from established businesses. For example, this year Keisha attended and spoke at GamesBeat Summit 2019 in Mill Valley, California, which gathers founders, publishers, CEOs, and other influential leaders in the video game industry. Just very recently she attended The Strong National Museum of Play for the second annual “Women in Games” event where she moderated a panel.

And to create a game studio that puts social impact first while still producing a profit is going to be challenging, to say the least, because of how deeply entrenched video game production and fandom is in its roots. The pressure is heavy. We see evidence of this in the fact that much lower percentages of women and racial minorities have become successful startup founders in the for-profit tech market compared with non-profit startups. Keisha plans to build a strong company using new hiring techniques to find talented and committed designers from local Chicago.

But we will press through any challenges that confront us. With a team of 12 people and growing, and our first game design project in the works, Project Violacea, Keisha and the Sugar Gamers are making it happen and they will need support. Their ambitious endeavor could help to revolutionize how we look at game studio creation in the future. If you would like to support this effort, you can reach out and get in touch with us on our Contact page, follow us on Facebook, Twitter, and/or Instagram, and attend one of our in-person events!