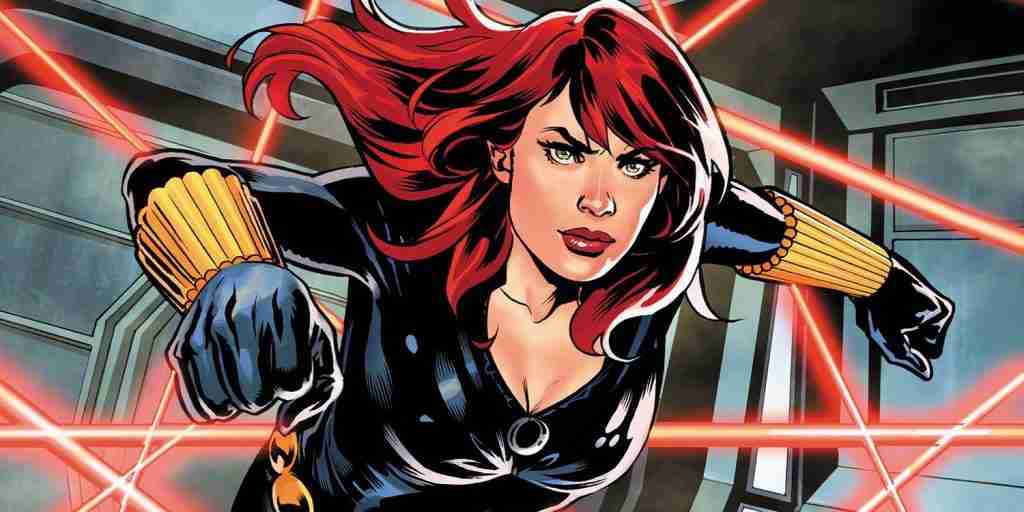 This year’s Black Widow movie shed light on the checkered past of Natasha Romanoff, a fan-favorite character from the Marvel Cinematic Universe (MCU). Since making her film debut in Iron Man 2, fans have been eager to learn more about the KGB assassin-turned-Avenger. Fans have turned to the comics to learn more, but that’s led to more questions than answers for most.

The character has gone through several confusing story arcs since she was introduced 57 years ago. To help you get up to speed here is a condensed biography of the master spy and assassin.

Natasha first appeared in the comic “Tales of Suspense #52” in 1964. Natasha was introduced as a posh Soviet spy and villain to Iron Man. She had been brainwashed to believe she was a former ballerina and Olympic athlete, truths of her troubled past were not revealed until much later on in the comics. Here’s more on what the comics detail from her life.

Natalia “Natasha” Romanoff was raised by Ivan Petrovich, a Russian soldier who rescued her from a burning building when she was an infant. Ivan quickly adopted her and became a large influence on Natasha. While her exact family lineage is still unconfirmed, it’s rumored that she’s related to the last ruling czars of Russia — the Romanov dynasty.

Natasha was later assigned to begin her training as an assassin. Part of this training included combat training with Logan (who later became the Wolverine). Natasha grew close to Logan, even affectionately calling him “Uncle” during their short time together. Natasha was then kidnapped by Baron von Strucker and an organization called “The Hand” during World War II, before being saved by Logan and Steve Rogers (Captain America).

After the war, Natasha was  enrolled in the KGB’s Black Widow Program, where she was brainwashed and trained in combat and espionage at the covert facility known as the Red Room.

Raised in the Red Room

Twenty Eight orphaned girl were chosen for the Red Room facility were they were put through strenuous training and drills, which included acrobatics, weapons training, martial art and ballet dancing. The girls were also sterilized to prevent anyone from coming a mother before their mission.

As part of the Black Widow program, Natasha was enhanced with a Soviet version of the Super-Soldier serum, similar to what was given to Captain America. This gifted her with increased reflexes, agility, durability and reduced aging. Natasha became a puppet of the KGB, and ultimately rose through the ranks, earning the famed title of Black Widow before defecting to S.H.I.E.L.D and becoming an Avenger.

Trained extensively in martial arts and espionage, Black Widow’s combat skills are unmatched. Because of this tenacity, she has become one of the best operatives at S.H.I.E.L.D. and works as an Avenger when major threats arise. However, she is a spy at heart and is at her best working as a lone wolf.

Natasha received specialized training while at the Red Room facility. As a result of receiving a variant of the Super-Soldier serum, many of her body’s physical capabilities have been heightened to those of a world-class athlete.

Black Widow has made many enemies during her run. Here are a few of her main enemies.

The former husband of Black Widow, Alexi Shostakov, was an acclaimed test pilot before becoming the Red Guardian and receiving the Super-Soldier serum. The serum gave him many of the same abilities bestowed upon Captain America. Red Guardian battled Black Widow and the Avengers numerous times.

Like Natasha, Yelena Belova was chosen to undergo the Black Widow training at the Red Room facility. As such, she possesses the same training and skills, even beating Natasha’s high marks at the facility. Following her training, Yelena was selected as Natasha’s replacement as Black Widow. Yelena believes herself to be the rightful successor to the Black Widow title and often attempts to eliminate Natasha to prove her dominance.

While Taskmaster and Black Widow have not crossed paths in the comics previously, he is her foe in the upcoming movie.  It is not fully clear why Taskmaster is Black Widow’s enemy yet; however, there are some things already known. Taskmaster possesses photographic reflexes, which allow him to mimic the fighting styles of any superhero he chooses. This skill can be done without prior practice and after watching them a single time, making him a formidable foe. In his lifetime, Taskmaster has studied the fighting skills of countless superheroes and villains and will often predict their next moves during fights.

However, there is a price to pay for his power. The more knowledge Taskmaster gains, the more memories of his past he loses. For this reason, he prefers training villains and henchmen in combat rather than performing crimes himself.

Natasha’s story is one of redemption. She was raised as a spy, spending most of her life an assassin before a chance encounter with the Avengers led her down the path of becoming a superhero. While she’s certainly flawed, we think it’s what makes her character so compelling.