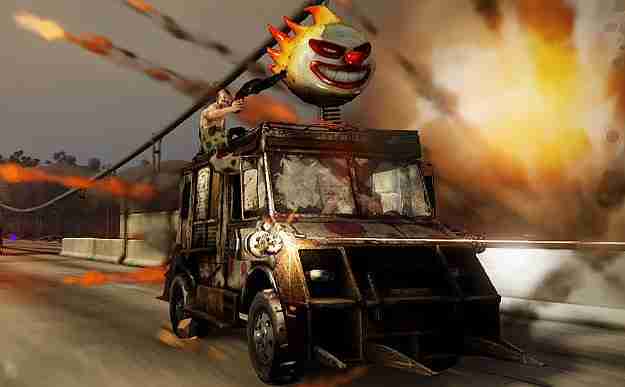 The loving yet critical moments of Sony Interactive’s video game series, Twisted Metal, we’ve been blessed through the years since the PlayStation 1 with nine video games up until the PlayStation 3. As much as we’ve cast spells and manifested into the world for a new Twisted Metal or even a remastered for the newer generation consoles, our thoughts and prayers were turned into vapor. After kicking rocks, towards the end of 2021 meaning in this present moment, the year has risen up and surprised us with news about the franchise.

A Twisted Metal Live-Action TV Show. You heard it. This is where Sony and PlayStation pair up to do their magic. As Sugar Gamer, Esha mentioned about Netflix Games, it’s no surprise that video games are being dissected apart for our viewing pleasure onto the big screen of our very own homes. Especially with the live-action adaption of Halo, which will debut in 2022 on Paramount+ and the popular gaming series, The Last of Us, was snagged by HBO Max. So there’s a heavy interest in video games, but a good amount of competition is being set in stone in between.

Just imagine the storytelling all the characters had while we were glued to the edge of our seats. For these stories to be elaborated on could be really cool. But we’re also wondering who’d be cast as Sweet Tooth? Or better yet, what characters are they bringing onto the show? Given it’s still in production, what we do know is that Marvel’s very own, Anthony Mackie will be playing the main character known as John Doe.

Or better yet, you might know him as Roadkill instead.

Superheroes have been the talk of the town lately when it comes to recent television and film releases. It comes to no surprise that the premise takes from Deadpool writers, Rhett Reese and Paul Wernick, as far as living a life of crime. With Cobra Kai’s, Michael Jonathan Smith writing the script, we know it will be comedic gold someway, somehow.

Now, if they wanted to come out with a new game in the near future, we won’t be mad at that either. Maybe we should keep casting spells.

As no release date is set in stone on the future production, we can look forward to finding out which Twisted Metal character storyline is your favorite? And are you excited about the live-action tv series?

Let us know on our Sugar Gamers Discord.