Accountability. A Lesson To Be Learned Through Video Games. 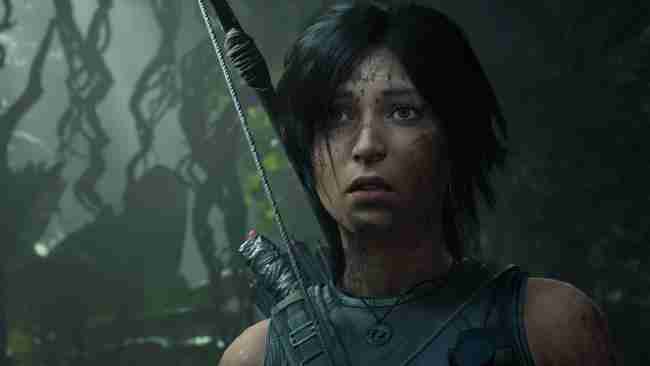 Settling into a new year always seems nice on paper, but going through life sometimes that transition might not be so fresh. Our nationwide pandemic has been an eyeopener across the board in many avenues and junction roads for us here. Maybe the lack of sun exposure hurdled in certain personal un-expectations we have for ourselves or maybe not. But either way, there is no justification. Period.

And it still raises questions of accountability towards our personal well-being.

Because we have to stop and ask, have YOU done enough?

Moving forward, video games have that magic ability to embrace us inside so many different worlds and parts of the unknown. In this advanced digital age, we see those same abilities being manifested all the time with social media. As portable availability lives in our very own pockets, it’s hard to ignore these days. And yes, sometimes standing up to our own wrongdoings isn’t as easy (no matter the work put into it), receiving negative results. Nevertheless, when thinking of the long-term, what we can gain towards a heightened perspective is much greater.

But first, what is the difference some would ask of taking responsibility vs accountability for our actions? And why is that so important as a nationwide society to heal and move forward.

Let’s break it down.

Whether we pick up a video game controller and spark on Lara Croft’s journey of getting used to her environment in Shadow of the Tomb, that is actually our choice to do. And we take whatever responsibility, obstacle, critique, motive at hand to complete anything necessary for Lara Croft. Even if we are in the middle of the Peruvian jungle with a few jaguars and piranhas in the water. Yet if we don’t go to a work meeting hosted to pay our bills, it leaves out a whole purpose or self-worth. We are still spending time upgrading the best virtual character we can, but what about us? In our world, no matter what, we have to own up to staying authentic as gamers with responsibilities. We can do better.

When we play video games, instant gratification is the gift that keeps on giving. As the main goal, if what we intend to put out into the world shifts into a negative result, we have an obligation to stand up for our truth. Not just for ourselves, but for others. Having integrity means owning up to our susceptibility; to step away from self-blaming and procrastination.

Esha Todd’s past article touches on using side quests in video games and producing baby steps in life to reach your goals. In video games, there is this sense of duty; an obligation, to complete something. More importantly, when we start off on a certain level that is difficult, we have the ability to upgrade and try again in real-time.

We do something great then we virtually get rewarded for it. That feeling is marvelous with the sense of fulfillment for the video game character we’re taking so much time into playing, but sadly rare in real life. It’s easier to reserve the mundane for the Muggles who enjoy staying within a basic narrative if that is the journey they desire. However, Sugar Gamers refuses to live within those boundaries without getting some answers. In other words, whether we did something wrong getting from point A to point B, sometimes in the physical world, we like to wait until the last possible second to get something done. Meanwhile, when that something doesn’t get done, we can only blame ourselves in the end. Although it’s hard for some to accept, it’s the brutal truth that slithers through our veins because excuses don’t always win. And if we did, no one would show up to work.

Think about it and why because when we play video games, it’s the absolute opposite.

We know we have a purpose from beginning to end, so we get a clear objective no matter what as if it was our calling in-between clever binary number sequences. So, aren’t we able to adapt to the same virtues in our lives? The abrupt assertiveness as time ticks on and now poor Lara Croft needs to get what she needs to get done. Also learning about her past, artifacts from her travels, and family history. We are still playing someone else’s story in the end.

For the majority of people of color, that narrative of how we are floating in the diaspora is real and personal because we don’t know our history from the ground up. And placing out that view against a very engraved western world lies from within. There is something in our bones that will wake up and serve, but at the same time, we are seeking anything and everything inside of Lara’s world just as much wanting the same result.

Perhaps that is why it’s so easy to escape when you play a video game or even submerge yourself into the world even more with virtual and augmented reality. Following along the journey of technology is great, but realizing we can and warrant something out of that too for ourselves is important. We all deserve nice things in the end. If we are spending so much time, love, and care on our video characters’ story, why not our own in the same regard?

We are helping Lara achieve her goals in the end, which is ok. But is that it? It would be nice to get something out of that too beyond just the virtual. We can play as Lara Croft: Shadow of The Tomb on the hardest level until we cry and seek defeat, but, that same energy can’t be mirrored in real life?

It’s easier to accept self-accountability when you’ve gained a wider perspective. There is a lesson to be learned here.

So, the next time we hit snooze on the morning alarm, just think are we doing it for Lara or ourselves? Because life can be cool that way where we have a choice on that.

We deserve to set the standard. It is the first step to new tones of empathy and compassion. From there, we know and understand the purpose of putting ourselves in someone else’s shoes, feeling it and seeing it for ourselves. Whenever we need to rack up accountability, there are no more defenses to hide behind.

Take ownership first, even as a gamer, which is the best we can do to move forward as a whole.