Americana The Card Game is Savage & That’s The Point 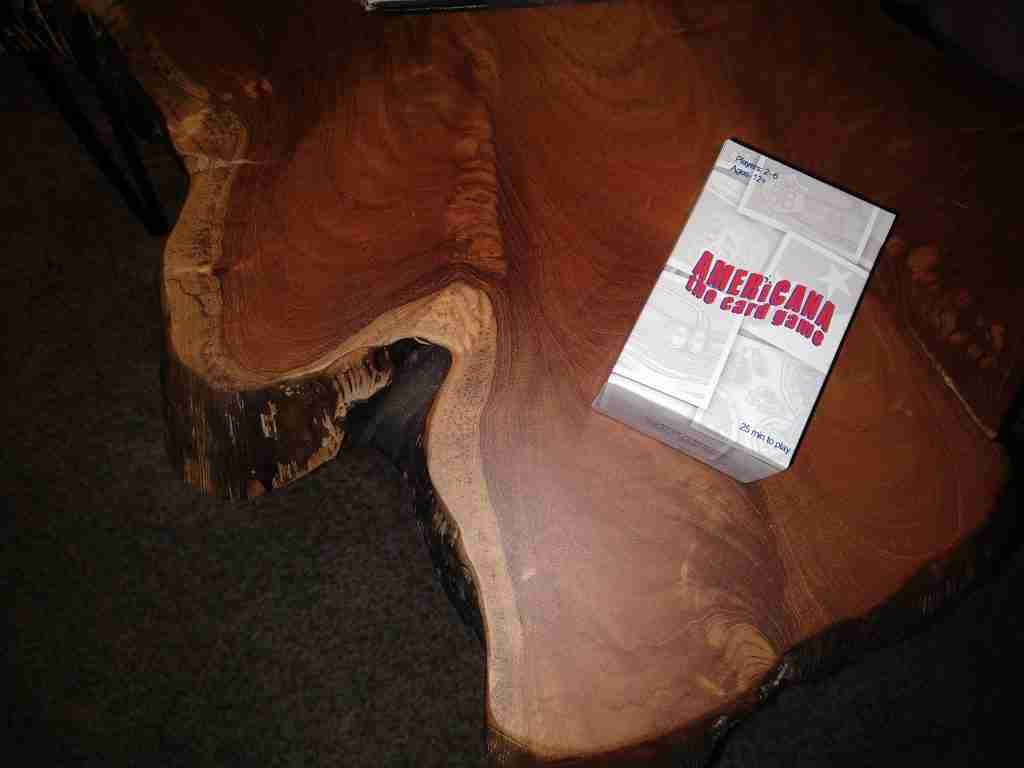 In today’s political climate, the area of identity politics is a powder keg ready to blow at the slightest Facebook comment. When discussing privilege and socioeconomic advantages and disadvantages, conversations can escalate quickly and points are hard to convey. Chicago game developer Avian Rampage Productions has managed to gamify this conversation with a card game sucessfully funded on Kickstarter.

Americana: The Card Game is a brutal and addictive card game steeped in the American climate of the 1950’s and 60’s.

This is an era that is often romanticized as the peak of the United States, however when you take a closer look, the romance is short lived. Between war and persecution of everything and everyone that is not white, hetero-normative and male, this era is quickly deconstructed into its problematic flaws. To get an idea of what you’re getting into, there is an iconic quote from the late, great George Carlin on the bottom of the box.

Americana offers rewards by merely luck of the draw. Every once in a while you can get lucky, but if you don’t fall under the right demographic, it’s a serious uphill fight. I sat down with my test squad and loaded up my finest jazz playlist and dug in. Right off the bat you’ll get a taste of how quickly the game is rigged when your dealt a shit hand. Pretty quickly the game makes its point but also maintains an addictive edge to the game play that keeps things interesting.

While Americana is tackling heavy issues, it is served with an ironic humor while still being respectful. The art is charming and the overall design aesthetic is meant as a callback to the era. The game is as much fun as it is educational and I highly recommend it as an engaging eye opener. You can score Americana: The Card Game is currently available on The Game Crafter for $19.99.