Back on the Mountain: SSX 3 Still Holds Up 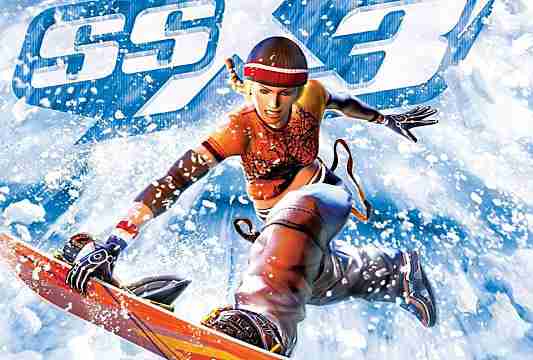 In real life, I am a barely functional snowboarder. I can stay upright for an extended period of time, I can move forward and break as needed MOST of the time. Thanks to the latest backwards compatibility update on the Xbox One I have been reunited with one of my favorite original Xbox games, SSX 3 and I can now be the fantastical snowboarder of my dreams again. I have been clamoring for a new SSX for a long time. 2012’s SSX was not the fun fest I wanted it to be. Instead of crazy tricks and epic tracks I got a parachute and solar powered body armor so I wouldn’t die of Hypothermia, good times.

I first fell hard for the SSX franchise as I think a lot of people did with SSX Tricky. The game’s soundtrack was anchored by Run DMC’s “It’s Tricky” which gets mixed into the game music anytime you pulled off a high level trick.

There was also a solid and diverse lineup of colorful characters with big personalities that added to the replay value. Each character had a rival and at least one good friend and there was lots of adorably fun dialogue. The tricks are also wildly imaginative. I can break dance, whip the board around my neck, pretty much do anything but make a smoothie while I’m in the air. It’s also deeply satisfying to land those crazy things.

I’ll be honest, Tricky would have been on my list to be in the latest update before SSX 3, but 3 holds up really well and I have been thoroughly enjoying it as you’ll see by my clip below:

#ssx3 is such a good time, stoked I get to play it again! #gaming

As you can see there’s the addictive element of grinding on as many objects as possible. This game is great at letting you string tricks together allowing you to essentially perform impossible feats of physics all the way down any given track. The three different peaks element with the drive to conquer the whole mountain was a creative stage upgrade from the previous games.

There’s also the local mountain DJ who has impeccable taste in music. Artists like Johnny Morgan, Chaos, Swollen Members, and Chemical Brothers provide legit tunes to ride to.  He’ll give you info, fun factoids about the different characters and some of his anecdotes about mountain life are actually pretty funny. The music is also very intuitive and gets mixed down into something more low-fi and atmospheric depending on where you are on the track. This would typically occur when you encounter a tunnel, a hazard like an avalanche or you’re just catching some serious air. This is a nice touch that showcases the environment and adds to the hype factor.

Having spent time on SSX 3 recently I am now more desperate than ever for the franchise to return to its outrageous roots.