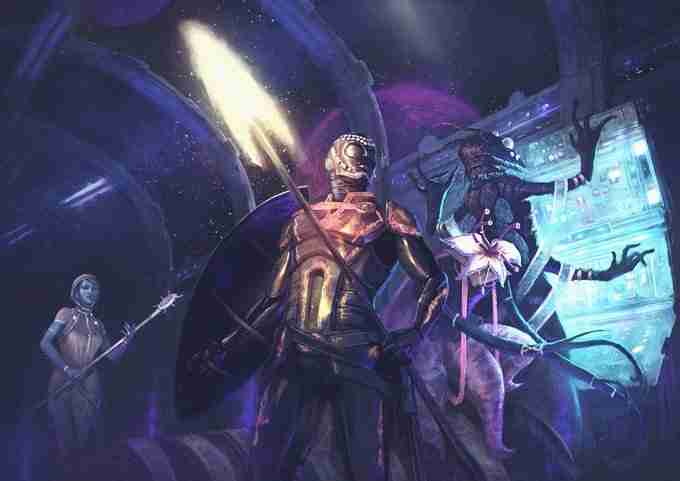 I met local game deb Nell Raban at a meetup of game writers in downtown Chicago. We hit it off talking about the industry and what we love and wish would improve. It’s always fun to commiserate with other game writers. She has an impressive work ethic and lots of ideas. I want to thank her for taking the time to share her story.

Rebecca Rothschild: What drew you into the world of game development?

Nell Raban: I’ve been playing games on and off my whole life, but it never occurred to me that it could be a job. I ended up pursuing theatre, but burned out after a while. I’d been doing the day job and moonlighting thing in Chicago for a while when I realized my heart was in it anymore. One of my roommates at the time had an Xbox 360, and long story short I fell back in love with video games—the Elder Scrolls and Mass Effect games especially.

I also found out that technology had caught up with creative interest, and that now anyone could make a game even if they had minimal technical skills, so started to teach myself game design and cut my teeth on Twine making short branching narratives. I found an early mentor in Jon Myers of Earplay, whom I knew in college. He gave me a lot of early advice and encouraged me to attend GDC, which has led to a few things. Around the same time I was teaching myself game design, I discovered tabletop games through a friend’s D&D campaign, and that led me to expand my interest into writing for and designing RPGs.
I left my theatre work on an “extended hiatus” and have been laser-focussed on games ever since. There’s something special to me about the collaborative nature of games—even single player games, but especially tabletop. I think when everyone’s really invested in what’s happening and encouraging each other to find out what happens together, that’s magical. And games in general have this ability to allow people to express themselves or even just sort themselves out that other media don’t.
I’m currently in a place where I have a full-time job making interactive conversation software, which is kind of like games, and starting to earn a reputation as a game designer and freelance writer. But I’m always looking for ways to push myself.
RR: Let’s get to the skills section of your resume, what do you bring to the table as a developer?

NR: I think I just have a lot of experience that speaks to adaptability, the willingness to push past “no” and the drive to do my best, no matter what I’m doing. And if I’m going to make something, either alone or with other people, I will find ways to make it the best thing and something everyone can be proud of. I think my theatre background helps a lot—there’s a work ethic you learn doing theatre, as well as empathy and creative rigor that you learn. And I like to think I’m really good at listening to people when they need to say something. Those kind of soft skills are just as important as the nuts and bolts, I think.

RR: What has been one of your best experiences as a game developer?

NR: I mentioned earlier that I’d attended GDC, which was a really encouraging and demystifying experience for me. But I just got back from a tabletop game design convention in New Jersey called Metatopia. In addition to being a really good working convention—like, it’s mostly playtests and panels as opposed to fan stuff—I found my people there, really. When you’re like one of very few women or people of color, maybe the only trans person (and yeah I tick all those boxes) in a given space, it’s easy to feel like you’re alone, even when you’re surrounded by people. The online community is great and has introduced me to a lot of my ilk, but getting to meet them in person and to talk about what matters to us and to cheer each other on has been a huge boon. I also got feedback on one of my projects, but that ended up being secondary to the other thing.

RR: If you could ask one thing of the game industry as a whole, what would it be?
NR: I think it would be to respect people. A lot of the entertainment industry is so focused on profits and maintaining the status quo, and I think there needs to be more recognition of how those larger pursuits can end up impacting individual people’s lives and their communities for the worse. The people at the top ought to ask themselves whether it’s worth maintaining the status quo to allow people to continue being hurt and unheard. I don’t think any of us who are from marginalized communities are afraid to put in the work for our parts, but when that work includes so much emotional labor and catch-up besides honoring what’s in our souls as creators, that can be a huge drain. Respecting us and our resources is the least you can do.
RR: Can you talk to us about your current projects?

NR: Right now I’m on the writing team for Orun by New Agenda Publishing. It’s a science fiction space opera roleplaying game that’s heavily inspired by African, particularly Yoruba, culture. The Kickstarter is still going strong. We funded on the first day, which is amazing, and continue to hit stretch goals, but watch out for more before the campaign wraps up on November 16th.

https://www.kickstarter.com/projects/newagendapubs/orun
I also recently made a small contribution to the Mythic D6 Adventure Anthology, which is available now as a PDF and will be out in print hopefully in December or January. If you’re into superheroic RPGs, definitely check it out.
https://www.rpgnow.com/product/256189/MYTHIC-D6-Adventure-Anthology
I just brought my own game The Others to Metatopia and while I still have a lot of work to do, I’m hoping to release it some time next year. It’s a roleplaying game that explores how marginalized people build themselves and each other up through community in the midst of a hostile dominant society.
The best place to follow me and keep up with my work, plus bad jokes and selfies, is on Twitter @nell_do_well.