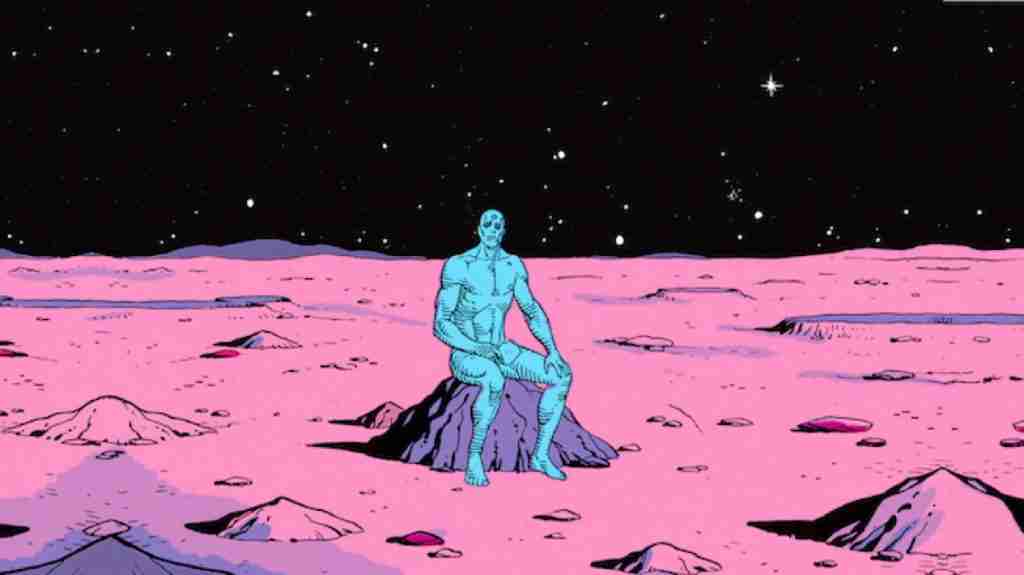 The big fuss in comics right now is the recent speculation of Disney shutting down Marvel Comics. I don’t believe I have enough knowledge to speculate how realistic this is. However, the conversation did spark a very long and interesting daydream session for me. What would the comic book industry look like without the big two?

My daydream branched out into a scenario where DC and Marvel just closed up shop altogether. First I began to imagine the chaos that would ensue. I thought about how this would be the final fatal wound for comic book retailers. All the shops I know would be liquidating their inventory. I began to picture the explosion of rage and finger pointing among fans. It would be tragic and heartbreaking, but I began to look forward to what would rise from the ashes.

I began thinking about the publishers who would be left. With those two big shadows out of the way it would be like the wild west. There are lots of small publishers who are in desperate need of more exposure to sunlight. We could get back to a place where the feeding frenzy was focused on the unknown. Generations could grow up knowing publishers who were founded with diverse rosters of creators. Characters and plots that aren’t driven by movie releases or mined data. Consumers could get back to a place where they can enjoy discovering characters instead of constantly attempting to define them.

Naturally I’m looking at this post-apocalyptic world of comic books with rose tinted glasses but it was very alluring. I found myself excited for this non-existent future. At first I thought I was being terribly morbid, but the more I thought about it, the more justified I felt about having these feelings.

Marvel and DC fandom has become exhausting for me on multiple fronts. I am exhausted by how the big two flood the market. Not just with comics, but with movies and shows. I understand that these two publishers are big business, but man, they don’t let you breathe anymore. The are practically choking themselves with endless contrived content where agenda comes before an organic, creative process. This flood drowns everything, indie and small publishers, retailers, consumers.

These two have garnered way too much sway in how every else does in this industry.

However, the bulk of my exhaustion comes from the fans. The rivalries, the incessant howling at movies that are not catered to their specific tastes. Creators are not allowed to experiment anymore. The fans have become their own monster who would contribute to this downfall. Fans feel they OWN these characters. I would love to go see a comic book movie without feeling like I’m making some political statement. I just wanna buy the ticket and take the ride. That’s why part of me would love to see it all blown to smithereens. There, now NO ONE can have Batman, happy?

I’ll be honest, I do love the idea of kicking up my feet, throwing on a pair of shades and watching the implosion with popcorn in my lap. However, I don’t think this exact scenario is plausible. That isn’t to say that change isn’t on the horizon. I think any business analyst would tell you a big shakeup is inevitable.

Comics has been through a similar phase before in the 90’s. Marvel and DC were spewing out IPs left and right complete with nine variant covers, including the damn foils. When these two started bleeding money there was a massive scaling back of everything and guys like Image and Aspen could take advantage of a hungry market. I welcome that something similar could take place again, especially as I myself am now a comic creator for a small publisher.

I realize I may come off as dark and jaded, but anyone who is a comic book fan shouldn’t fret if a massive spring cleaning occurs. A clean slate could be the best thing for comic book fans and publishers alike. Comic books as a cultural phenomenon are hitting a fever pitch of relevancy and we should consider that eventually the whole thing will run out of gas and that’s okay! Do you honestly think Batman would just disappear into obscurity forever? I mean he may go on a brood hike in the mountains for a few years but then he’ll be back!

Comic books are in this pressure cooker right now mostly thanks to DC and Marvel. So whether it all goes up in smoke or the big two take it down a notch, something is going to have to relieve that pressure. Comic books aren’t going anywhere, they just may not be what we’re used to and honestly I hope they aren’t.