The Convergence of Video Games and Luxury Brands 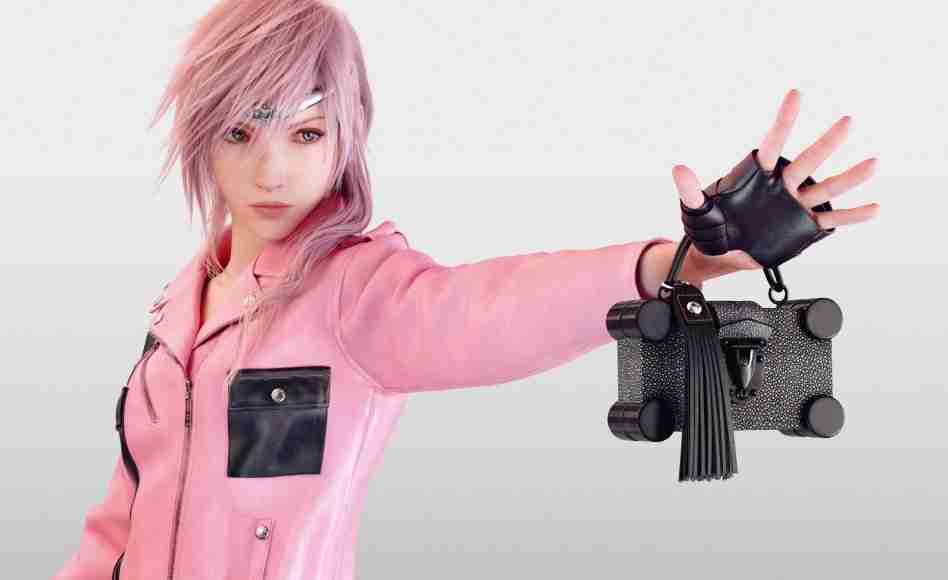 There’s no denying it: video games are officially part of global culture. As a $120 billion a year industry, it’s becoming increasingly obvious to non-tech related brands that games are where the money’s at, and they wanna cash in.

Gamers are redefining a lot of norms. Esports have become so lucrative and require so much skill that it’s redefining what it means to be a pro-athlete. Players filming their casts from their bedrooms are making as much money as top tier entertainers, redefining what it means to be an influencer and celebrity. And with interest in gaming culture comes interest in geek culture, and all the anime, comics, and RPGs that are informing the narratives of popular games. That intersection is where a lot brands are attempting to cash in.

We see it in the recent collaboration “Coach X Michael B. Jordan,” a limited-edition collection inspired by the hit anime series Naruto. We see it in Louis Vuitton designing outfits for League of Legends characters. We see it in the the partnership between MAC cosmetics and Chinese firm Tencent’s mobile game Honor of Kings that resulted their limited-edition lipsticks quickly being sold out within 24 hours. Some folks see this commercialization of geek culture to be a bad thing. Us folks at Sugar Gamers don’t. We always thought it was the logical next step. And we predicted it 6 years ago.

In June of 2013, Sugar Gamers launched “The Summer of Kryolan,” a campaign that paired influencers from within our organization with cosmetics that worked for their original style and aesthetic. Our professional make-up artist and geek culture enthusiast Kat DeJesus was at the center of this, creating Wonder Woman and Cat Woman inspired looks for our crew. The campaign got a lot of engagement on social media from our geek culture-loving fan base.

Why celebrate this convergence? We can’t really deny that the make-up and fashion industries are integral parts of our daily lives. There is a lifestyle component to geek culture, an underlying feeling that most of us in the geek community understand. It isn’t easily articulated but very easy to identify when it’s inauthentic. We express it with our day-to-day style, our cosplay, or even just a t-shirt. According to Microsoft, there are more than 2 billion gamers in the world, and experts believe that by 2022, gaming industry will produce $196 billion in revenue a year. Clearly, the nerds have taken over. In an era where even Wendy’s has an RPG game, it’s pretty obvious that we are the in-crowd now. And it only makes sense that lifestyle brands would want to cater to us. There are a lot of exciting possibilities that can result from this if it is done authentically.

Over recent years, as more and more women and non-binary individuals have been vocal about their representation in games, the attire of female characters has evolved beyond the catsuits with boob windows that completely contradicted their personalities and backstories. Fashion within games has even gone so far as Final Fantasy XIII’s Lightning being featured as one of Louis Vuitton’s SS16’s leading models. It was the first time a video game character has ever led a campaign for a major fashion label, and it won’t be the last.

It’s amazing to see lifestyle brands team up with game companies we love. But as women and non-binary folks within geek culture, as cool as it is to see digital influencer Lil Miquela modeling looks from major fashion houses, we want to see these major fashion houses also connecting with the individuals who are on the ground floor making their inclusion be necessary and relevant. I mean, it wasn’t dudes who were asking for female game characters to stop looking like they were created strictly for the male gaze! It is our hope that this will happen organically as these major companies dig deeper into the very lucrative gaming industry. The Mac collaboration with Honor of Kings, for instance, happened organically after female players took over as the dominant gender in 2017.

Let’s not forget: right alongside the growth of the movement for the inclusion of women and non-binary folks in the game industry, we have also seen a very strong movement advocating for more authenticity and inclusion within the fashion industry. Rihanna’s Savage By Fenty line soared into popularity because she displayed her sexy lingerie on women with real bodies of varying sizes and from all walks of life. More and more major cosmetic lines are also now extending their offerings to accommodate more skin tones (shout out to Rihanna for her role in that, too.)

As these industries intersect with gaming and geek culture, we at Sugar Gamers want to see the growth that is showing up in those spaces being carried over into our world. As folks who were ahead of the game when it comes to this intersection of gaming and lifestyle brands, we are thrilled to finally have so many entities understand how awesome geek culture is, and it’s great to see them take steps to create products that are relevant to us. We have the ability to shape the future here! There’s more to it than designing looks for A.I. starlets and famous actors, though. (Not that seeing Michael B Jordan in a Naruto fanny pack wasn’t super cool because it totally was.)

If any of you major brands wanna holler at Sugar Gamers about how you can intersect with gaming and geek culture in an authentic way, reach out to us. We’ve got your back.