E3 Special: My Transition from Media to Dev 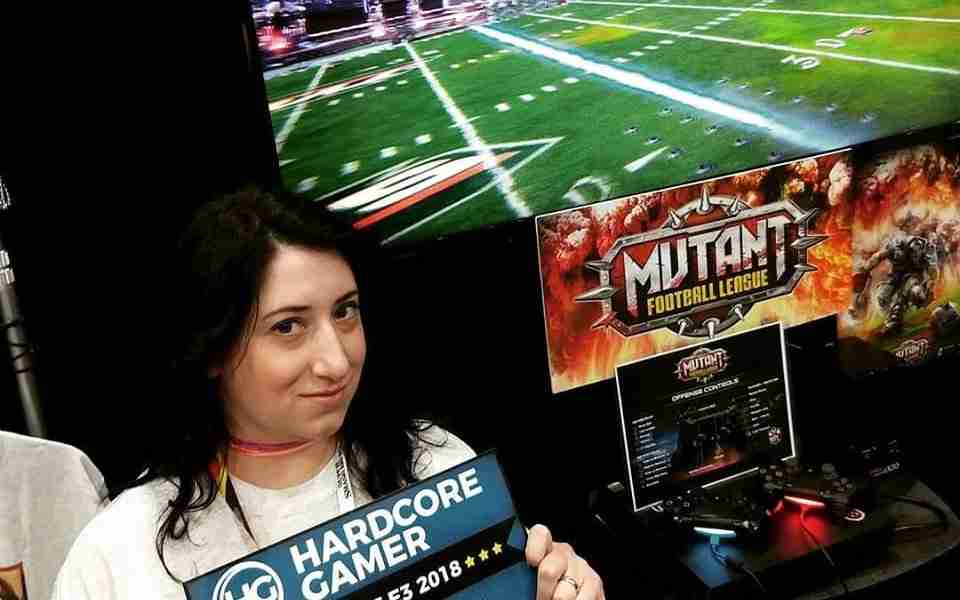 The first time I attended E3 I was a new journalist under the Sugar Gamers handle with the boss lady herself Keisha Howard at my side. We were determined to see and touch everything, eager to bring back the coveted news from the then industry only expo. Over the years we returned with the same vigor as the industry changed and evolved. It was a rush, press appointments with game developers pulling back the curtain and showing us why we should care about what they’ve done. Even if the game was not of my cup of tea, I always found something to appreciate because the staff was so passionate. After experiencing this so many times I truly wanted to be on the other end.

When I left Sugar Gamers I began my career as a game developer. I spent time in the AAA scene working contract at NetherRealm Studios as a QA analyst (game tester) on Mortal Kombat X and Injustice 2. I also worked on and off as a writer on a passion project for Michael Mendheim, the Creative Director at Digital Dreams. The project was Mutant Football League, a spiritual successor to the IP Mutant League, which was his baby back when he worked at EA.

I had started work on the game as a writer during the first attempted Kickstarter which failed. Mendheim didn’t take this siting down, he rallied and came back with another Kickstarter and was successful. After my unsatisfying stint at NetherRealm which resulted in me providing writing work I wouldn’t get credited for, I left. I was feeling pretty defeated and frustrated when Michael contacted me to let me know there was more writing work to be done for MFL. I took a lot of pride in the work I did for MFL (funny how giving someone credit works). I got to write lines for the voice of the top sports games of the nineties, Mr. “BOOMSHAKALAKA” himself, Tim Kitzrow.

We launched back in January which was exciting but came with some difficulties. One being that EA dropped the price of Madden to $17.99 shortly after we launched. So we decided to hit the road and showcase MFL at several different cons and shows. It was a lot of fun to watch people pick up the game and enjoy themselves. I enjoyed showing the game off to big crowds. 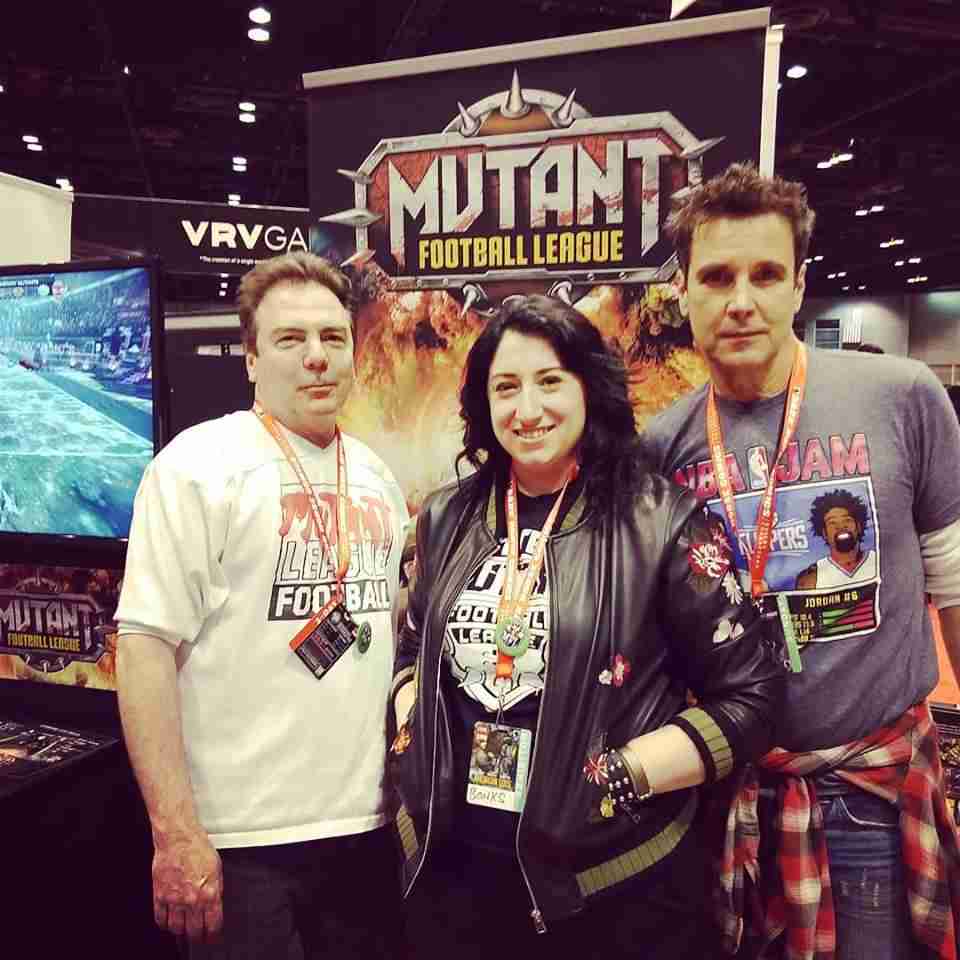 However I had been holding out for E3, this is the show I’ve always wanted to be at to show off something I worked on. It felt like my first time. The crowd was huge, there was lots of press. Considering we were a smaller booth stuffed in the back of the floor, we had a lot of traffic. I lost my voice almost immediately because I was howling at crowds of onlookers to talk about the game and of course the big announcement that MFL would be on the Nintendo Switch this fall. We got a nomination from Hardcore Gamer for Best of E3 2018 and the whole team reveled in this together. It felt amazing. 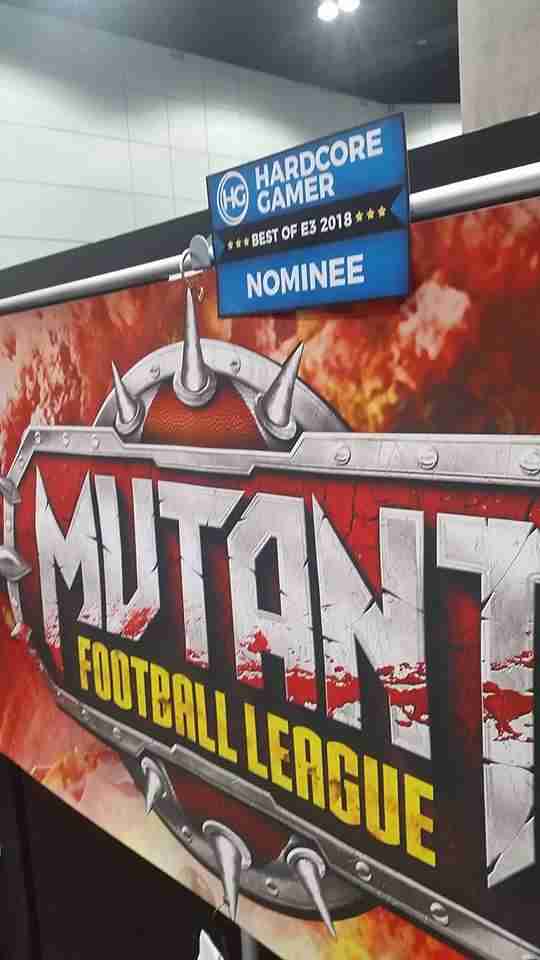 In true E3 fashion, we made sure to hit the town and celebrate what was to our mind a successful show. 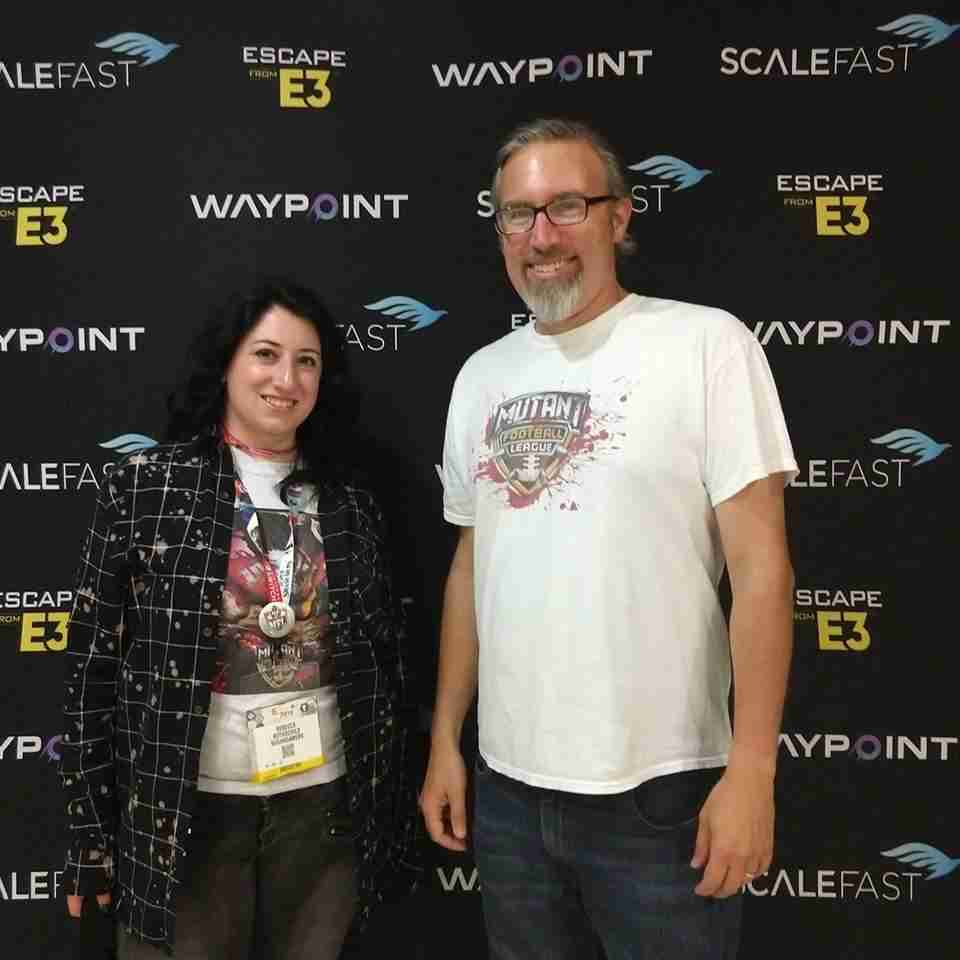 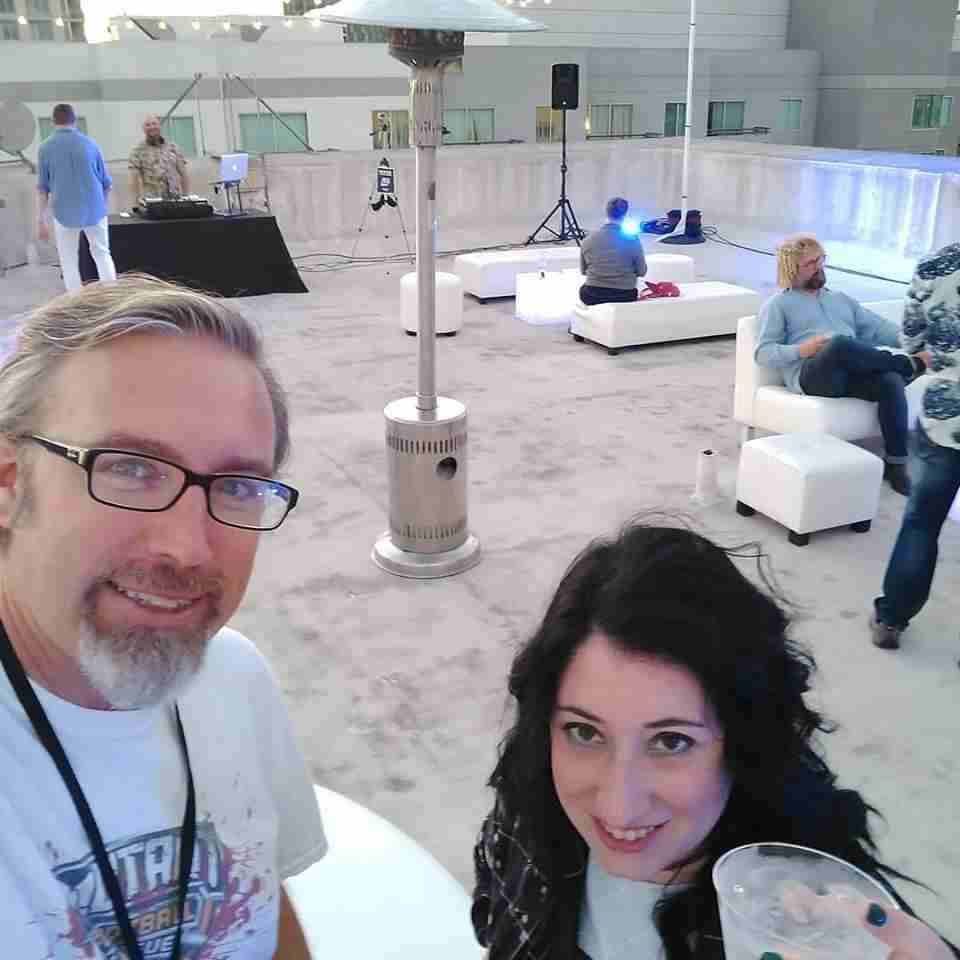 I understand now that devs at E3 aren’t just fluffing up their games to the press. They’re celebrating by being able to show off years of hard work and deliver it to the public. There is nothing like watching people get excited for something you’ve been working on for so long. I think that feeling is one that binds indie and AAA developers together. There was this collective high from all the devs, we were all insanely busy, but happy to be swamped with excitement and attention. The high died down as the show came to a close, because we all knew we had to go home and get back to work to make good on all the promises we made and hype we created.