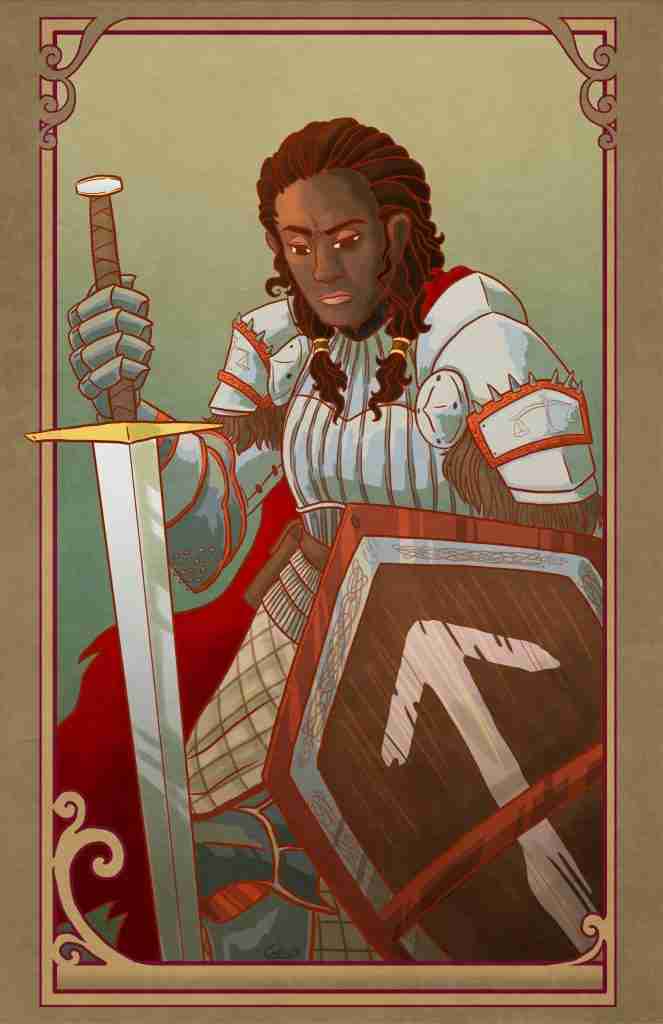 An interview with I Need Diverse Games Director Tanya DePass.

A prominent voice in the Chicago game scene that has aligned herself with so many of our values here at SG is Tanya DePass. Her resume is jam packed! Director of I Need Diverse Games, Twitch Partner. Board member for Chicago Nerd Social Club and Con or Bust Inc. She has been a bastion for marginalized demographics in gaming, tech, pop culture and beyond.

Her work is not easy, but her passion is undeniable. We have been working alongside Tanya for years and are always in awe of the impact and dedication she brings to our home turf here in Chicago and across the globe. We thought it was time to have our readers get more acquainted with this unstoppable force of a human being!

You started “I Need Diverse Games” to discuss, analyze and critique identity and culture in video games through a multi-faceted lens rooted in intersectionality. How do you maintain passion for such a difficult space?

Some days I don’t. Some days I want to quit because it feels like I’m chipping away at a mountain with a nail file, and there’s little to no change. Other days, when someone tells us what INDG has done or means to them, it’s a bit of bright light at the end of the day. INDG came about out of frustration of not seeing myself represented in the games I’ve spent so much time playing.

You have been a heroine in the gaming world. You have navigated complex conversations about stereotypes, diversity issues, and the imbalances that plague the gaming industry. While educating people and doing your part to improve this space, have you seen improvements since you started this Journey over 5 years ago?

People still think diversity is pink controllers in March, a panel of different white women with rainbow coloured hair and that’s it, they’ve done their part.

It’s moving but at a glacial pace, games need to do better.

What are the common misconceptions people have about you and your career?

That I only care about black women as part of diversity, I’ve had people accuse me of being a scammer, doing failed Kickstarters (spoiler, I never did a KS until the personal one I launched this year), that I’m just in it for the money which is laughable, I’m barely scraping by most months. That I am some SJW grifter is the one that kill me. There’s no money in being a decent person as I’ve found.

What are some of the games, books, and such that inspired you to pursue a career within the gaming industry?

None really, all of this was a lighting in a bottle moment. There was no intent to get into the industry with where I am. It was a right time, right place thing that blossomed into a community, gave me a lot of opportunities and I am fortunate that I’m still able to do this as a full time gig.

Anything you are really excited about right now?

Speaking at the SAAM Arcade in August, and at GenCon as an Insights Speaker.

You have spoken at many conventions! What have been the most fun and productive events for you?

Where I can speak bluntly, and on occasion not watch my language too much as I speak. Also where I can speak about topics besides diversity 101, it’s tiring to retread that and there’s only so many times I can be asked where to find POC, etc as if no one has ever gone outside or used Google.

With such a fast paced career, what are some of your personal tactics to maintain you mental health?

Sometimes it’s unplugging from the internet, talking to friends, wine.  Trying to distance myself from the stupid comments I get online and using every filter I can on twitter, facebook and other places. Most days, my MH is in the trash.

With the gaming space constantly evolving, what are some of the new challenges that have come up as of recently?

They haven’t dealt with the challenge of getting beyond a grizzled white dude protagonist and not caving to whining people when the story doesn’t revolve around them; so I haven’t had a chance to notice new challenges. The same ones are there and until those are addressed, I don’t think new ones will get anyone’s attention.

What are some of the ways people can be solution oriented as it pertains to these new challenges?

Speak up when you see something that is stereotypical, or a trope in a game. Hire POC, women, queer folks, disabled and neurodivergent folks to write not just stories with characters like them but in general.

Don’t come to marginalized people only when you think something needs to be fixed after being called out on it.

Be pro-active in your design, art and writing instead of reactive when most times its too late to fix problems the public point out at a game reveal.

Do you have any advice for people who would like to get involved in the gaming space?

Know you want to do this, that it won’t be easy. Remember that coding isn’t the only entry into gaming and that you should seek folks like you who can give you a real talk on what it’s like being in the industry for a marginalized person.

Where are the next places we can see you speak, or participate in your events?

How can we support your efforts moving forward?

Patreon for longer term support is always appreciated, and every dollar helps. patreon.com/cypheroftyr

I Need Diverse Games’ only funding is currently on Patreon, and it’s how the non profit stays open. patreon.com/INeedDivGms

For anyone who just wants to tip for the work I do, and doesn’t want to commit to monthly support; ko-fi.com/cypheroftyr

I can also be hired for diversity consulting, writing, and public speaking via my contact form: https://cypheroftyr.com/interview-and-speaking-requests/

We are so honored and excited to have the opportunity to put our spotlight on a powerful force like Tanya. We want to thank her for her time and strongly recommend you guys seek out ALL of her projects and organizations.