Fightposium: When Combat Sports, Geek Culture, and Illustration Collide in the Name of Love 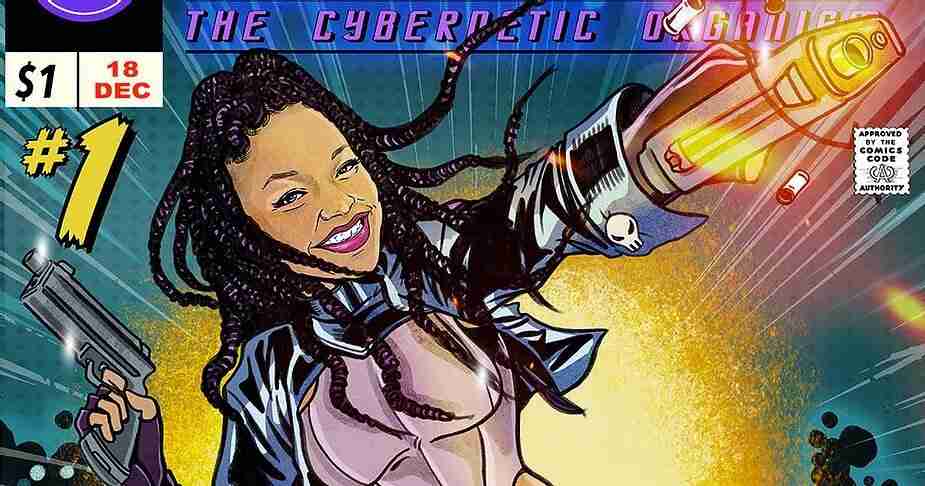 Above the surface, a talented web developer/product designer in the health industry finds a way to switch it all around to morph as a comic book graphic novel artist below it. When this Mile-High City family guy of Denver, Colorado, meshes worlds of combat sports and comic books, the illustrations begin to speak for themselves.

Who is he, you ask? Rob Ayala is the name, and here at Sugar Gamers, Esha Todd was able to dive a bit deeper within the mind of Fightposium.

Combat sports, especially boxing, is the ying of his artistic medium. “I’ve watched boxing since I was a kid. At family gatherings, my Uncles would watch Wide World of Sports. So I combined my love of Boxing and Drawing, and the rest is history.” And for the yang, Ayala’s fundamental interest in art found its way through school as he tells us, “I’ve been using Photoshop on a Mac since elementary school, but my passion is pencil and inking on Bristol board.” While cramming graphic design and illustration, Fightposium’s high school teacher, Mr. Vickers, stands as a vital insight along the journey. Ayala adds, “And the longevity of the Rolling Stones. Those blokes keep on going! Survival of the fittest!” And yes, music heals.

Merely let’s not forget the possibility of exposure to geek culture hasn’t enhanced the mind of the imaginary. “When I was a kid, I received a few Spider-Man comic books for my birthday. I was instantly drawn to this hero because of all the cool colors, he got his powers from a spider bite and he had a costume that looked like a huge spider web.” Ayala continues. “The first-ever video game I remember playing is a Pac-Man arcade game at an old pizza joint my pops used to take us to.” Have dipped his toes early in the world of nostalgia, it was known then that something special was just waiting to unfold. “I was raised with a Nintendo controller in hand and manga on VHS, so it’s pretty much life!” I mean, of course, Ayala adds.

Yet, what inspires us to get up and do what we love during a pandemic as energy might not be so energized? Aside from watching The Mandalorian, Ayala expresses, “Depends on my mood. I am pretty stubborn when asked to draw something other than what’s on my mind. For Fightposium, I draw fighters and matches that inspire me.” Having muses makes the experience more magnificent and meaningful. Exerting from a combat sports event and converting fighters into the updated heroes and villains we know of or of themselves from the mind of the Mile-High City guy, talent is what eludes.

When asked about a favorite, Ayala responds, “I dunno. I sketch and doodle so much. I have boxes and boxes of illustrations. But if I have to pick one, it’s a big 36″ x 48″ acrylic painting of a Deadpool comic book page. My youngest son helped me paint it.”

Ayala continues with his favorite memory, “The day I met with Cris Cyborg. I presented her with a poster-size illustration at her gym. Oh, and I also had dinner— post Mayweather vs. Mosley— with the great Emanuel Steward! I was having a drink at Emeril’s, and Emanuel invited my two friends and me to his table! Needless to say, I g33ked the F out!”

Last November, Esha won an official Gaming Pizza Giveaway on Twitter where they paired with Fightposium to win a free canvas of choice. It was a no brainer to her as Major Motoko Kusanagi from Ghost In Shell first sprung to mind. Furthermore, Esha has been a fan of Fightposium’s for a few years when she first laid eyes on his art while covering MMA sports media throughout the same timeline. As for how Gaming Pizza came into the picture, Ayala mentions, “I know this great writer who started their own gaming news channel. Gaming Pizza is very knowledgeable when it comes to the gaming community.” Feel free to check out the article where it includes Esha’s unboxing video of the legendary canvas.

When asked about the most challenging piece created, Ayala goes on to respond, “A life-size wall painting of Wolverine battling Sabertooth. I believe I have the photo somewhere on a hard drive. The piece was painted in a friend’s house years ago and have moved out a long time ago.” In the Marvel comics, Sabertooth was Wolverine’s nemesis and had a lot of rage towards him. So we can all put that into the perspective of a wild battle that permitted between the two rivals.

If Fightposium were to choose a new muse, it would be a collaboration with another artist. This time in the same artistic space of combat sports and comic books. “I have some crazy stories, characters, and universes that I created. I would LOVE to get in contact with Robert Rodriguez (the Movie Director) to discuss some of my ideas and characters. I am Chicano and most of my stories reflect the people and culture. The only problem is I have a regular day job and I haven’t the bandwidth. At the time. However, in 2021, all that will change!

Fightposium already has quite the resume when it comes to collaborating with other artists, fighters, athletes, RingTV being one of them, and everyday nerds like us. Ayala also had the opportunity to create the cover box for MMA Bobbleheads.

Between The Empire Strikes Back and Saturday Night Fever continues to be in question for favorite movie, Ayala gives us insight on his favorite games, “All the Red Dead series. Plus, I play a lot of 80s-90s arcade ROMs. I have thousands.” The essential thing to note is that Fightposium has no plan on stopping his artist ability any time soon because his plans for the future are close to reality.

“When I started Fightposium, initially, I wanted to create a play-by-play webcomic book for Boxing and MMA. However, I decided to focus on creating my own comic book stories and graphic novels. Even before Fightposium, it’s always been a goal of mine to start my own comic book label where all my stories and characters can live.” Ayala continues, “Hopefully, one day I will release my first graphic novel, Fingers crossed.” And here at Sugar Gamers, we can’t wait to get our hands on that graphic novel.

Feel free to keep up with him on Twitter and Instagram. Why? Because he will always choose a Superhero at the end vs. The Villian. “I am always behind the underdog!” With that said, what a good heart. We’re sure Wolverine would be proud and probably would want a signed copy of Fightposium’s Wolverine vs. Sabertooth canvas like the rest of us.

If you have an idea for a cover and want to commission your very own custom Fightposium masterpiece, make a stop at his Etsy shop before heading back into the matrix.