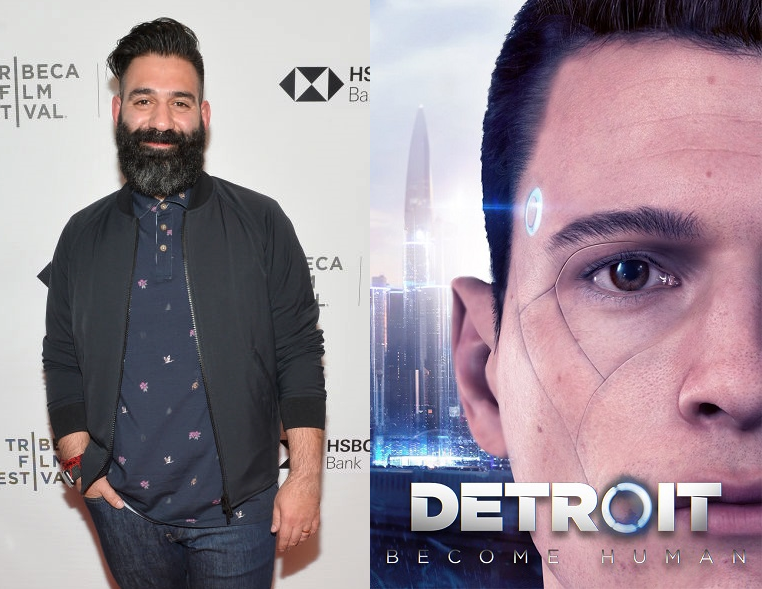 The sountrack is a critical part of the multifaceted experience that is gaming. From the earliest tunes with only a handful of humble bits to the sweeping orchestral masterpieces we have today, music creates atmosphere and immerses you in the game. Music also represents a cool and underappreciated avenue to enter the game and entertainment industry for people who are musically inclined. To give us a taste of what it’s like to like to make music for a major game title, I had the immense pleasure of talking with Nima Fakhrara who composed a major part of the soundtrack for the recent cyberpunk PS4 game, Detroit: Become Human.

I am a huge cyberpunk head and love the integration of music into gaming (I even have my own hip hop inspired cyberpunk game called Axon Punk: Overdrive I codesigned with my brother), so I geeked out super hard at the opportunity to interview Nima. Nima told us the fascinating story of how he ended up composing soundtracks for movies and games, which starts with him playing both video games and classical Persian music as a child in Iran and involves a stop inside the Resident Evil franchise.

While discussing his experience with Detroit: Become Human, Nima talked with me about how he approached the project from the ground up. In the game, Nima made the soundtrack for one of the 3 android main characters of the game, Connor. He wanted to create a feeling for Connor that is familiar but also distinct, which is perfect for an android who is similar to a human but also fundamentally different. To produce this effect, Nima combined digital and analog equipment and even customized and constructed special instruments just for this project – including a 20ft long metal guitar. The layers of effort and detail put in by Nima and his team blend together into an awesome sound that pulls you into the head of Connor the android and his futuristic world. It’s definitely the kind of soundtrack you want to listen to even when you aren’t playing the game.

The unique instruments Nima used to make the soundtrack for Detroit: Become Human.

Now that Nima is done with Detroit: Become Human, he is continuing his cyberpunk work and diving into virtual reality, specifically composing the soundtrack to two new VR games from inkStories – Fire Escape and Hero. I know Keisha and the rest of us Sugar Gamers will be playing those after we finish playing Become Human and get her to take a break from Beat Saber. He has other projects, including scoring a documentary about public lands in the works, which you can hear more about in the interview. Nima is a brilliant, creative, and friendly person who is shaking things up in gaming and we highly recommend you keep an eye on him. The Sugar Gamers are thrilled he approached us for an interview and hope you enjoy it as much as I did!

To find more about Nima, check out his website and social media: