Gaming Is Now Integrated Into Almost Every Category You Can Think Of … And We’re Here For It. 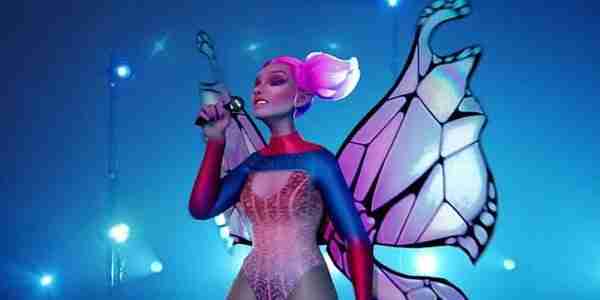 Gaming has evolved into such a popular category that non-competing industries are modernizing old concepts through gamified experiences to see how they can broaden their audience base. For example, in Tourism, the Faroe Islands’ most recent “gamified” live virtual tours experience attracted 700,000 visitors from 197 countries. And social platform TikTok gets it. Their Gamified Branded Effect enables brands to prompt people on TikTok to use facial expressions, body postures, or other motions in order to control and interact with branded elements, and the experience is sound-on.

It’s no wonder then why Fox would take something like the avatar and create a new show around it. Avatars have been mainstream for the last decade, popping up on profile pics on Instagram, dating sites, Discord, and of course, interactive mobile right on your phone.

So why has this form of self-representation become such a big deal? And how does this shape first impressions?

There are all these studies about what your avatar says about you and why that selection process is relevant. One study points to avatars being an immediate connection for things that can resonate with others. So I have a Marvel superhero avatar, and now I set a good first impression on Marvel fans. Another says that avatars with sunglasses or hats are perceived as having lower friendship intentions?

Whatever studies say, we know there’s something to creating your own avatar and portraying the personality you want to be at any moment! Alter Ego is premiering next week, and we’re thrilled to see how it’s received.  It’s like a combination of the Voice and The Masked Singer that highlights new artists who have reinvented themselves for a shot at fame by getting on stage as their selected avatar and singing their hearts out!

Emmy Award-Winning host Rocsi Diaz is the perfect host for the show, while the all-star judge lineup offers a winning combo:

As longtime fans of will.i.am we know if he is a part of it, it’s got to be golden. This type of  game integration redefines what it means to “play a game!” Let’s see how mainstream audiences respond to all the Alter Ego’s!!

Good luck to the contestants!!