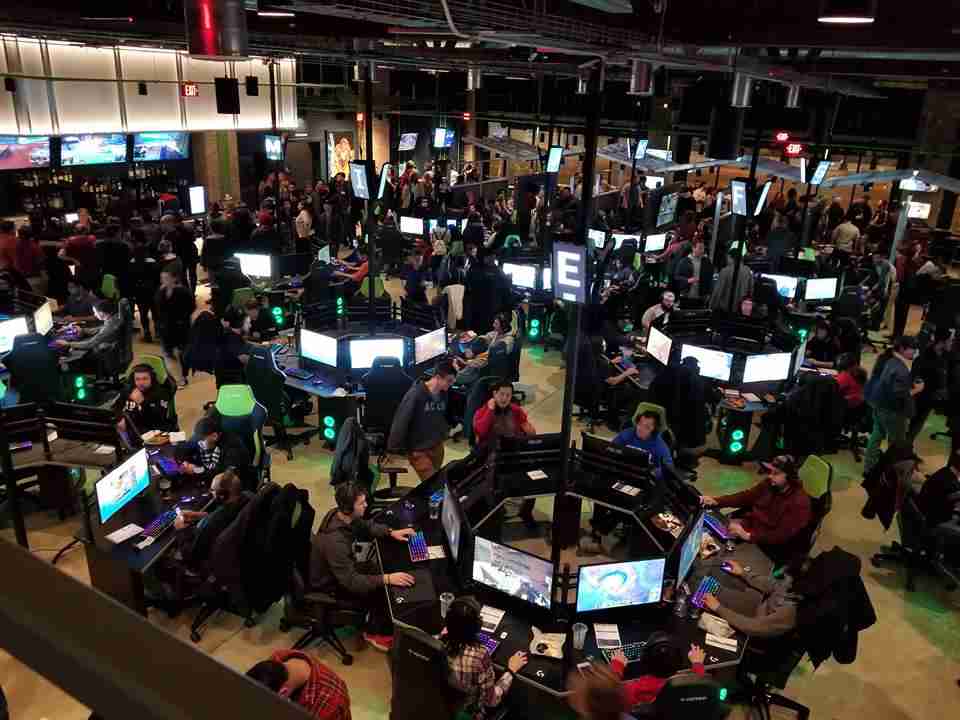 Ignite Gaming Lounge in Chicago has complimented Chicago’s robust video game scene for a while now and recently they decided to expand their empire. The family run business has planted their flag in Skokie, conveniently close to the yellow line stop.

Ignite decided to do a soft “Alpha Test” this week and opened its doors to industry folks and friends. Sugar Gamers was lucky enough to be extended an invitation and we had a blast.

There were plenty of game enthusiasts lined up outside the door to get into the impressive facility. It’s a large space complete with a bar serving very cool game themed cocktails and a kitchen serving up yummy treats.

The space features lots of pro PC gaming stations with proper gaming chairs and HyperX headsets. There’s also private gaming rooms equipped with all the Rockband controls so you and your crew can live out all your rockstar dreams. Last but not least, the venue has space lots for VR experiences. The venue is designed to be an esports event headquarters and I have no doubt it will be a goto for esports organizers.

The event was packed to the brim and filled with warm and fuzzy nerd energy.

I have high expectations for this new location. Skokie is good halfway point between the burbs and the city. The facility has been well thought out and is ready to go. I wish Ignite luck, but I don’t think they’ll need it. To learn more about Ignite Gaming Lounges, head over to their official website IgniteGaming.com .