Killer Instinct Put On A Show At Combo Breaker 2019 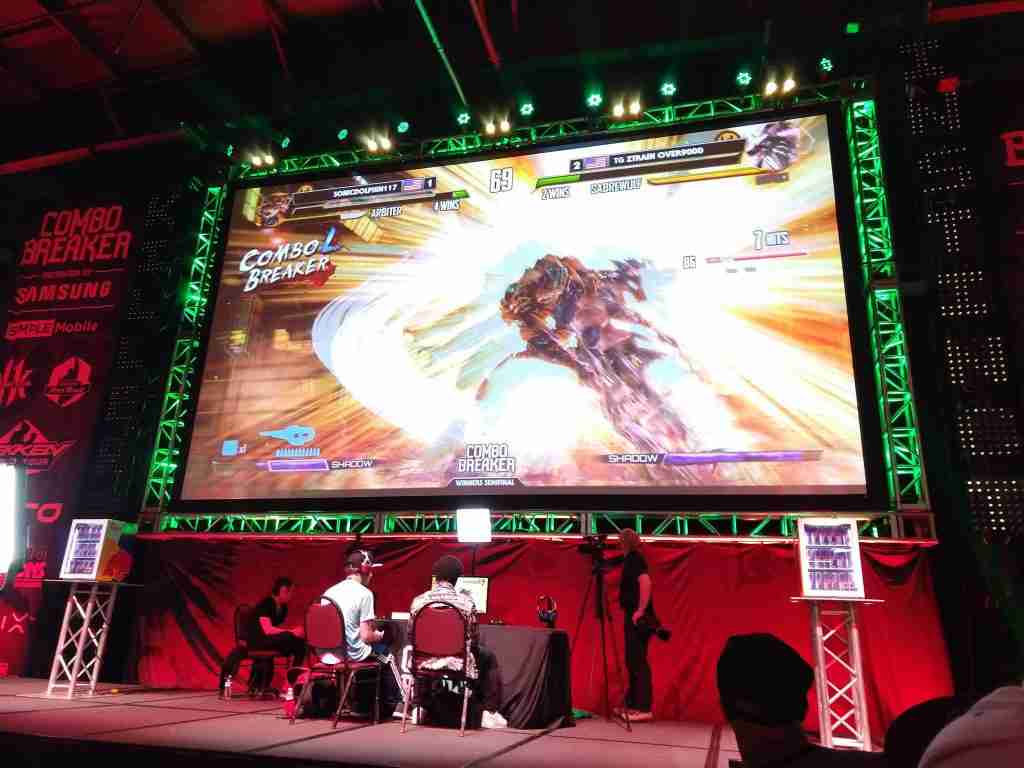 The second day of Combo Breaker hosted the finals for the Killer Instinct tournament. This is my first time covering a KI tournament, and I gotta say, there is a lot to love about that community. Things that really stood out were sportsmanship, and never a loss of fun factor. It was a good showing of local talent and love on the main stage as we got to the tail end of the bracket.

There were lots of colorful characters including, SonicDolphin117, N1GHTSLASH, LetalisVenator, @WHEELSFGC, Carnitas and Valoraxe. This is one of those great scenarios where even as we got down to the top eight, I was had no predictions in my mind. Everyone showed up to win and they were all backing it up with great game play. Lots of nail biters in the final rounds.

The most memorable moment was mirror match showdown between N1GHTSLASH and LetalisVenator. N1GHTSLASH had been showing off his hypnotic agility with Aganos when Letalis decided it was time to respond in kind. The match was a bat happy slam jam of pure nonsense that had the crowd and commentators over the moon with hype. Definitely worth finding among the replay reels.

One player I want to honorably mention is @WHEELSFGC. His tactics were utterly savage with Gargos. His mastery of that character is undeniable, but he’s not just dominating, he’s gotten to the point where he can just screw with is opponent. Again, that signature fun factor that seems very organic for the KI community. Wheels was a pure joy to watch, I reccomend looking up his entire Combo Breaker run.

My personal favorite to watch was SonicDolphin117 and his wok with Arbiter. I found his performance to be very illuminating in terms of what that character is capable of. Sonic had a hell of a run, considering there were moments he got himself into some sticky situations, he was more than able to recover. In the end he went up against Nicky who managed to stay under my radar for a good period of time. His true colors really came out in the end. You could feel the adrenaline radiating off of him, but he maintained control and found the big win.