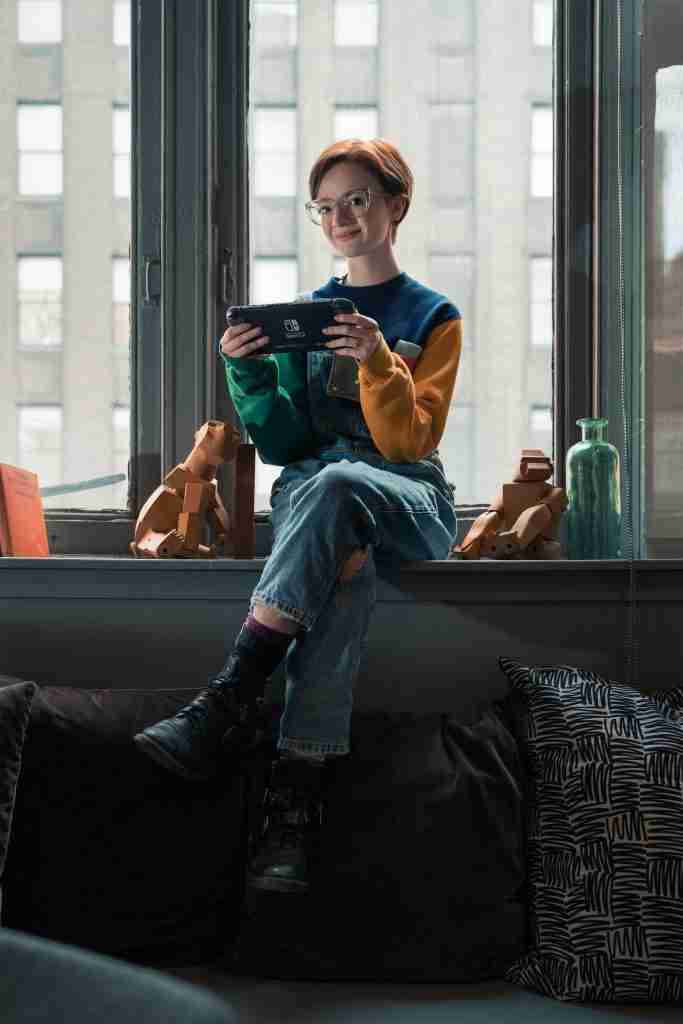 With a love for games and LOTS of brains, we found ourselves drawn to Iyanu founder Madison Campbell. Campbell works out of New York as a tip top example of what women can achieve in stem. Her resume is an impressive stack of ambitious ventures. She wants to expand job markets and change minds on an international level. Meanwhile she has managed to find balance and play her favorite games to her heart’s content.

In your opinion, what makes video games a such a special medium (both from a development standpoint and a consumer standpoint)?
From a consumer standpoint, it’s just something that can unite everyone from every background into something that’s standard. I like to think of gaming as “Math,” in a way. So, fun fact: whenever they send things from SETI into space, they use math as a universal language. So that, in theory, if any aliens see if they understand a language that isn’t English, Chinese, French..etc. Gaming, to me, is this beautiful international language. No matter where you come from, no matter what language you speak, no matter how much money you have—you can be significant. I think that’s something that is just so beautiful and wonderful about gaming. From a development standpoint, it’s just really cool to bring together people that have come from such varying backgrounds together that speak one language and just want to inspire others into the world of technology. You end up getting the sweetest people on the planet.

As an entrepreneur, you have to be creative in your approach to achieving success for you and your team, has there been anything from the video game industry that has inspired your unique path?
Always build a swimming pool and take the ladder out – The Sims.
Jkjk.
I view life as just a bunch of different levels. I grew up with a single mom in a middle-class family in the middle of Pennsylvania. My *stats* were low. But life is about levels, as I trained and I kept pushing myself, my stats grew higher. There were bosses to fight, allies to make along the way, teamwork…but even the hardest challenges are things I could accomplish because I knew it was just another “boss.” Some people get cheat codes in life, but for those who didn’t, it’s about pushing through. This is something that gaming teaches you without you realizing it—and makes you one hell of an energetic entrepreneur.

You have traveled all over the world! Have you been exposed to anything (pertaining to tech, VR, AR, gamification) that we have not seen in the USA?
In Korea, it’s actually really insane how big E-Sports is. They produce the highest number of champs than anywhere in the world. That was kind of mad to me. In Western Africa where I do the majority of my work, gaming is a huge thing. Both casinos, and video games, and even just regular sports. I remember one conversation where I asked my engineers what ONE thing I could get them to make their lives better is, and it was “A TV with FIFA.” I noticed while living in Edinburgh and generally around Europe, I didn’t see that many people playing games or even game stores, although this could be selection bias. Still have always noticed a lack of females no matter what country I go to—which is sad, and maybe I’ve just met the wrong people, but it’s hard to find.

You have to tell us–What were the three most influential games in your life and how did they impact you?
The Sims Katamari Damachi Kingdom Hearts
The Sims taught me to build from the ground up and that no matter how many cheat codes you use, someone will always create a disaster and you’ll have to pick up the pieces. Katamari Damachi taught me how to think out of the box. Kingdom of Hearts taught me how to be a kind human.

What are you playing now?
Pokemon Let’s Go Eevee.
4 badges in, 12 hours of gameplay. In fact, after I finish this interview I’m going back to playing.

Where do you see this industry going in the future as far as video game development and video games being used as a storytelling tool?
I think Ready Player One is my estimate about where I see Video Game development going. I honestly believe that what we saw with Second Life (I briefly played this, but never really got into it), is going to be hugely expanded with AR/VR. It’s going to allow people from all walks of life to come together and be whoever they want to be. It’s going to be beautiful. I think we’re going to see way more online communities cross-platform in the next year like Fortnite did so beautifully. I think we’re going to see a lot more competitive spaces for teams across the world to come together, similar to how big the NFL is in America. I think people are going to shy away from combat sports and go more into only e-sports, and I think this is going to drive revenues and video game development up, and I think our economy despite any economic collapse is going to be able to have a strong foothold in gaming because it’s something we will need to take us away from our world whenever it becomes too stressful.

What is your main inspiration behind Iyanu? What drives you to succeed? What have been some significant challenges and hurdles?
To give people a job that they can rely on. Honestly, at Iyanu we aren’t doing anything revolutionary. We are a company that employes amazing individuals in Africa who haven’t had the chance to get onto the international market. It’s not actually that crazy…. like, business model wise “Let’s give people who are talented jobs with good wages and accelerate their education”. I succeed because I talk to these people on a day-to-day basis and I see how even two months of working with Iyanu impacts them–they have medical insurance, pension, leave allowance…they are growing their development skills, learning new languages and frameworks. It keeps me going to hear my partner, Emem, in Nigeria say “You know you really are going to change these people’s lives, right?”. The challenges are getting people to believe in the African workforce, getting to think that they are just as educated, brilliant, thoughtful and understanding as first-world countries. Getting them past their barriers… but if I have even 15 minutes with someone or they meet my engineers, they know this is true. This will always be a challenge, but it’ll be a cultural shift that NEEDS to happen. I think the most significant driver is putting food on the plate for these people who have now become my family– I know that if I don’t succeed, I let them down. I can’t go to bed knowing I’ve let these people down.

Iyanu does many things but precisely how do you think Iyanu could impact the video game industry?
Nigeria has a booming economy regarding movies, storytelling, art, poetry, etc. I think it’s prime for the video game industry. I think if we are to train these individuals in the art of video game design that we can thoroughly shake up the industry. We can add different perspectives to the art of the games, and how we can culturally tell a story from two different continents. I plan on trying to get as many gaming projects as we possibly can get, and train as many engineers in game design/AR/VR.

What are do you think are the most overlooked opportunities in this space?
I think there’s a lot of overlooked opportunities for individuals with robust graphic design (frontend) skills to transfer into gaming. Fortnite, for instance, brought in nearly 3b of profits in 2018–that’s a lot of money to go around to engineers. I think you’re going to see these inner-geeks transfer over into the gaming industry with strong tech backgrounds, those who are really amazing at storytelling and graphic design. I think there is so many opportunities for engineers to shine right now–games often run thin with sharp deadlines, and as users increase we are going to need an “all hands on deck” approach to keeping our games running.

How do you think cultural diversity and representation will impact tech and video games?
I think, and hope, we’re going to find more women (generation X) who grew up where gaming was cool be the next innovators in the space. In 10 years, it’s going to be a much more diverse space, IMHO. I’m hoping that by Iyanu sourcing more engineers from Africa, we can get Africa on the map for being a place where video games are designed, thought-of and launched.

What do you wish someone told you when you were younger about how to succeed in tech?
Be okay with everything failing. Like, starting a business is tough. Really tough. Be expected for you to wake up every day and know that only 3/10 things you did the day before work today. In gaming, even worse, it’s just tough to push past bugs. Also, have a good team, because even the toughest of us out there can’t do it alone.

What video games are you looking forward to coming out next? Will Iyanu help create the next generation of what games can be?
Kingdom Hearts 3. It’s my childhood wrapped in a nice box to give me nostalgia when times get too complicated being an adult.
I sure hope so.

Where can people follow your entrepreneurial adventures? How can people help your initiatives?
https://www.linkedin.com/in/madisonacampbell/
Follow me on LinkedIn or check out Iyanu at IyanuTogether.com

We’d like to extend a big thank you to Madison for taking the time to chat with us!