Marvel’s What If…? Episode 5: How We Learned To Stop Worrying and Love the Zom… (bie) 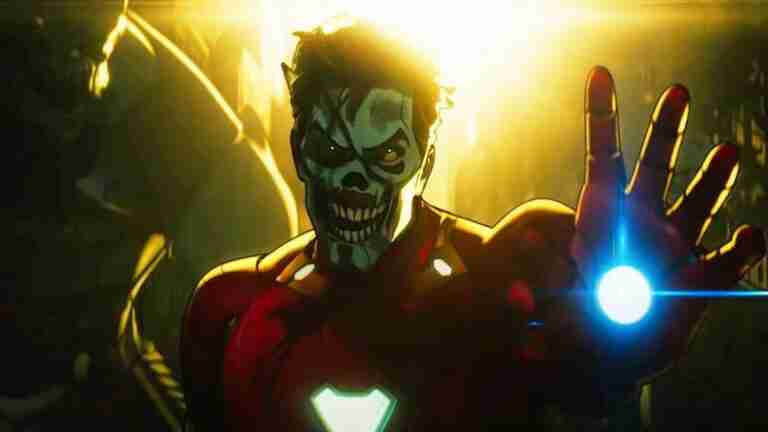 Marvel’s What If… opted for decidedly lighter fare in this week’s episode, taking a hard left at emotional turmoil, and plunging viewers into the popcorn thrills of Zombies.

It’s not a bad way to go. They can’t all be philosophical soul searches. You can only search for a soul so much! And while adding the undead to a beloved franchise is not exactly a “new” twist, from the Yakuza game series (Yakuza Dead Souls) to Jane Austen (Pride and Prejudice and Zombies) and everything in between, zombies have been groaning their way into our treasured properties for a long time.

The risen dead is a nice palate cleanser against the ending of the previous episode because let’s face it, it was kind of a bummer.

Zombies let our brains turn off, and we get to just enjoy the spectacle. And this time it’s got Super Powers! It’s bubble gum to last week’s Rosé, and we are so IN.

The reason turning your favorite series into a zombie romp is so popular is because it is a damn fun intellectual exercise to imagine your preferred pantheon of fictional friends dealing with the formerly alive. And even more, fun to see what disaster a superhero zombie mash-up would be.

Spoiler alert, the answers are: they do, they sort of do, and they definitely do not.

Zombies are also so prevalent in our collective zeitgeist because of how darn difficult they are to
survive. They are scary because of the inevitability they represent. You can survive in a zombie
apocalypse…for a while. But sooner or later, death will groan and stumble for us all. So, imagine
that, only with zombies that can fly, grow gigantic or shrink tiny, and zombies who can do magic
capable of destroying the world. Pretty cool, oops, we mean, scary stuff.

There is a lesson in there about the power of human (albeit super) resilience. And how mankind
is capable of great sacrifice and dedication for the good of others.

Probably also another one in there, about just because you CAN do something, doesn’t mean
you SHOULD, something.

Lookin’ at you, Hope Van Dyne.

But ultimately, the big takeaway here, perhaps not so coincidently, is truly to recognize the gift
that we can be to each other, by putting the greater good before ourselves as individuals. Not
such a bad lesson to learn these days, eh?

Also, we can’t help but think that the show’s creators may have left in a tiny, subtle tribute to the
late, great, Chadwick Boseman, by offering this gem of a quote from the mouth of Black
Panther:

“In my culture, death is not the end. They are still with us. As long as we do not forget them.”

So much for those upbeat zombie endings, we’ve heard so much about.

In A World Full Of Deepfakes, Should We Be Scared?

Procrastination Sucks. Here Are 3 Guaranteed Methods For Writers To Try