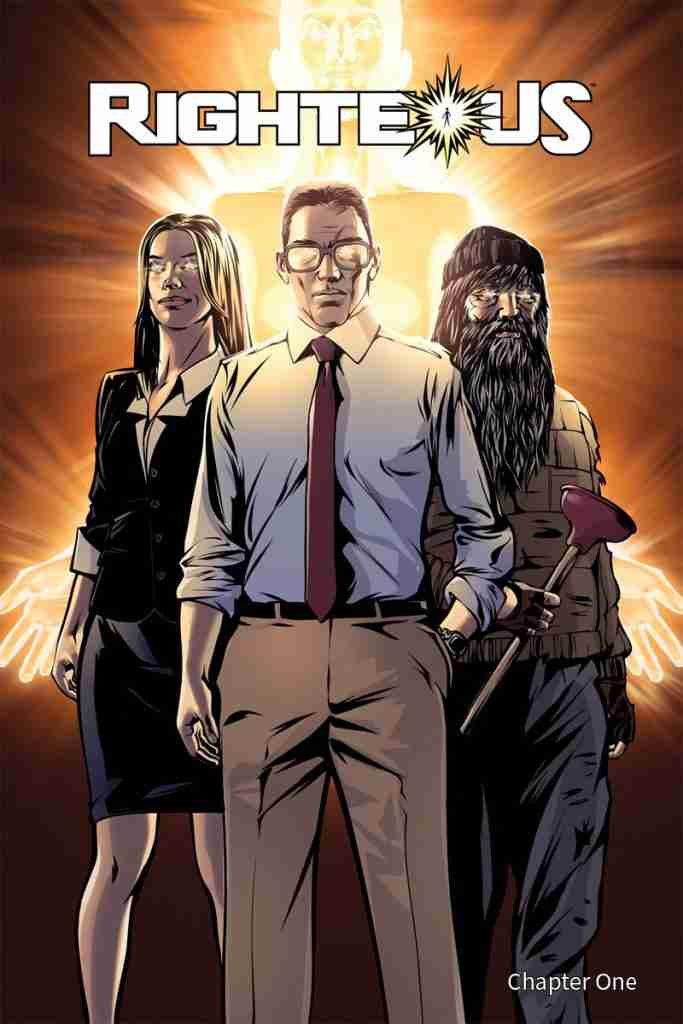 Last weekend I was invited as a guest at a micro con at the infamous Blue Box Cafe in Elgin and my neighbor was Xane Daniel. Turns out Xane and I have a few things in common, one being that we have both worked in the video game industry, granted he’s got quite a few years on me, and we also love making comics. I was immediately drawn to the concept of Xane’s comic book series Righteous and his whole point of view on comics and how he goes about producing them.

Rebecca Rothschild: Can we get the Xane Daniel origin story? What brought you to comics?

Xane Daniel:  As a child, I loved comics – Spider-Man specifically. I was definitely that geeky Peter Parker character in real life. I also loved video games and spent the first 22 years of my adult life as a producer in that industry. I then went through a transformation somewhere around 2012 or 13… I had my first Ayahuasca experience, and that changed the way I looked at everything – society, work, relationships, all of existence! It was that experience that laid the foundation that I would eventually use to create RIGHTEOUS. Because before that point, I thought society worked relatively well. It appealed to our evolutionary makeup — our drive for survival, our need for competition, fear as our dominant emotion, etc… But that all changed in an instant when I got to speak to the spirit of Ayahuasca. She told me that I was being greedy, and that I didn’t love enough. Whoa. 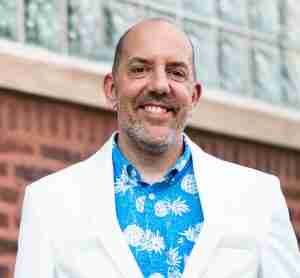 RR: Let’s talk Righteous, what’s this comic about, what were your influences?

XD: A greedy corporate analyst contracts a supernatural disease that forces him to help others and not make money for himself anymore. As his life falls apart — because our society is not set up for people like him to be successful — he discovers that every time he helps someone, they get it, too!

So many influences! Ayahausca, as I talked about. Also, the movies Liar, Liar and Groundhog Day for their use of the element of the supernatural. That approach allows us to view society and life in a completely different way. Bernie Sanders even played a role. I appreciated how he seemed to just want to HELP people – very consistently throughout his career. You might argue with his specific approach, but deep down, that guy just wants to help. It’s obvious. I also love Robert Kirkman’s’ work. He made comics extremely digestible for anyone who gave it a shot. His dialogue is clear and obvious. His storylines are simple yet complex. And he really pushes the envelope and breaks your perception of what a comic book or a work of fiction SHOULD do, and he does what he thinks will make the best story.

RR: You have worked with several artists on this project, do you have any advice for other writers collaborating with artists on comics?

XD: Love them! They are working hard every day trying to get your project done and probably 5 more. Show them what you LOVE about what they do. Get them EXCITED about what they are doing. That’s what most really want. Sure, they need the money to survive, but they just want to make something cool, or they wouldn’t be doing it. Be excited when they deliver your vision. Be elated when they surpass your expectations. When my first Kickstarter succeeded, I sent them a surprise bonus check. Just because. Show them you love them, and they will love you back.

RR: Is there anything about creating comics that has surprised you?

XD: I hired an editor from the comic industry to review my scripts to make sure I was doing it right. I wasn’t. At least not at first. But I received on-the-job training from her and it made all the difference. My goal was to write a comic that had the potential to change the world, and I wanted it to be as professional and legit as possible. She was a big part of that! Once I learned the intricacies – the LANGUAGE of comics – it became quite easy. When I watch movies or TV shows now, I can easily watch it from the view of a comic script. I’ll say out loud, “Panel 1. Panel 2. Panel 3. End of Page” and it’s amazing how much it works! Such a cool medium.

RR: You are currently neck deep in a Kickstarter so let’s get to it, plug away!

XD: Our goal with our second Kickstarter is getting Volume 2 printed (Issues 6-10) and paying the artists for their tireless efforts. With 11 days to go, we are at 57% and I’m quite sure we’ll get there. But if your readers would like to get in on this, I would encourage them to check it out at http://righteous-crowdfund.com — we are offering Volume 1 (issues 1-5 – the origin story) and Volume 2 for sale in hardcopy form. There are still a few EARLY BIRD specials left on these! And then the fun stuff like getting your likeness added to the book in the form of an upcoming character, becoming a producer, an executive producer, a lifetime subscriber, and more!

Thanks to Sugar Gamers for giving us this opportunity to plug! It isn’t easy, but when you have a good product and great support from folks like you, it’s a lot easier!

Thanks so much to Xane for taking the time to chat with me and sharing his story and giving us some background on Righteous, crossing my fingers Volume 2 will be a Kickstarter success.