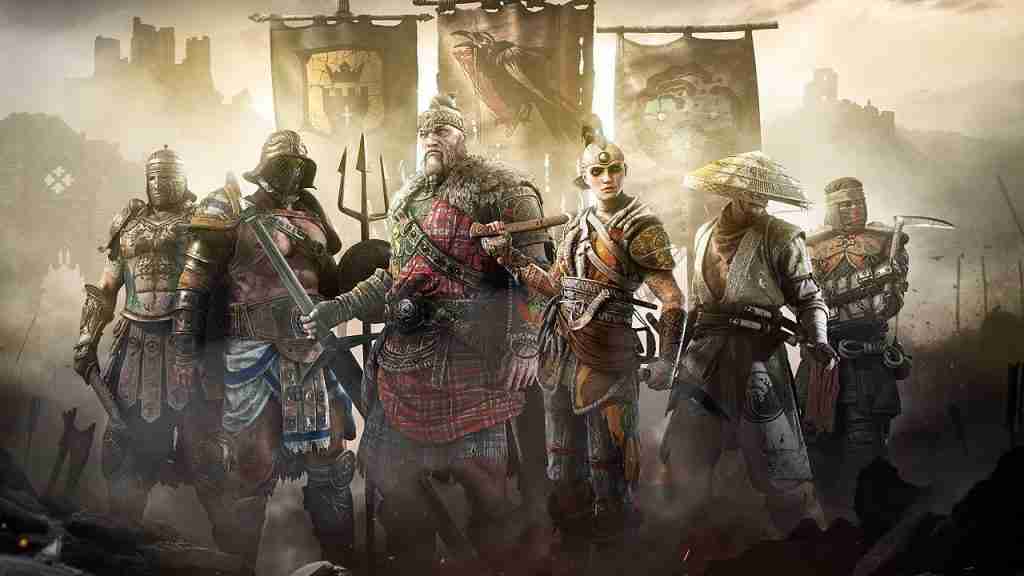 After scrolling through Netflix looking for anything to stimulate me, I stumbled across “Playing Hard.” A documentary focused on the development cycle of Ubisoft’s For Honor by director Jean-Simon Chariter. Chartier admitted he never had a huge interest in video games but given that Ubi is local to his neighborhood, he jumped in.

Jason VandenBerghe, the game’s industry veteran creative director, takes front seat. There is also focus placed on the game’s publicist Luc Duchaine, and the game’s producer Stéphane Cardin. I’m not fond of these casting choices being all leadership roles. I don’t fault Chartier, as he claimed, video games are not really his thing. It’s just tough seeing rows of people who can’t communicate their experience in the film. I imagine NDA’s and concern for employer retaliation played a roll in casting as well.

Let’s start with Cardin, the producer. From what I saw, Cardin is a pretty decent at his job, which is no picnic. Producers are squeezed at both ends between employees and upper management. He was fighting an impassioned uphill battle to get the proper number of staff and it seems he was unsuccessful. You’ll see him on the phone trying to calmly explain he needs more help and his frustration is legitimate. At one point, crunch became so tough for him that he decides to take a sabbatical (something no contractor or lower level employee has the privilege of doing). He retreats to his private cabin and gets to enjoy his life and family for a little bit. Cardin has a drive to keep things positive and I appreciate it. However, in the midst of crunch he chides employees for being negative. “Stop saying nothing will change,” he says at a staff meeting and it’s here that I have to take pause.

NO, just no, STOP telling employees how to feel, they have a right to personal opinions. They have a right to vent and if that’s how they feel, it’s YOUR job to show them it will change. It’s not as though people were coming up to Cardin expressing these feelings directly, at least from what I saw. I’m sure he heard it in the rumor mill and you know what? Tough shit man, fix it, and if you can’t at least empathize.

As far the publicist Luc Ducahine is concerned, I felt nothing but pity. His story arc was not very detailed. All I know is his health is effected by the stress, he misses his family throughout the crunch cycle. He also has shows to travel to and present at and he has to bump heads with the biggest eye roll of the cast, Jason VandenBerghe.

Yeah, I said it, JVB is my biggest beef in this documentary, and that doesn’t mean I think he’s a bad person or lacks talent. My problem is he spends MOST of the film pouting and isolating himself. Don’t get me wrong, I am known to pull ALL three of these stunts myself and I have made strides to be better. Despite being in the game industry a long time, JVB seems unable to appreciate the collaborative nature of game development.

It is pounded into the viewer’s head that the whole idea behind For Honor is HIS baby and it’s a fantastic concept. We get to watch JVB in his element writing for characters with an endearing amount of passion. However once the narrative process began winding down, we saw his pout phase begin. “They no longer care about my opinion,” he whines. Dude, do you code? No, you’re an amazing writer and world creator, YOU DID YOUR JOB. Why not be excited and supportive of the next phase? Instead he sits in an isolated dark booth getting frustrated and making sure everyone knows he’s upset.

“I’m a very hard person to understand.” “I don’t have time to explain what I meant.” With all due respect sir, that’s BULLSHIT. I’m not calling bullshit that you’re a difficult person to understand, I myself suffer from a similar fate. I’m calling bullshit that you don’t have time to be a better communicator. If you have time to put on all ten rings in the morning (yes he wears a lot of rings, something the film feels the need to show me.) and make sure your personal aesthetic is just right, you have the time. If you have the time to wander in the snow and confess to a filmmaker, you have time to try and make yourself a better co-worker. I speak from personal experience. I’m not an ideal co-worker, but I make the effort to be the best I can be.

The big climax in JVB’s story arc is that he is not asked to return for the sequel. I can understand his pain, I know people in the game industry who have had their creations taken from them. It is earth shattering. However, from what is shown, he doesn’t take a moment to consider why, he simply rejects this decision. No time to consider why this happened, instead he chooses to be a martyr. He was literally surrounded by a sea of people working to bring his creation to life. At no point in this film does he acknowledge ANY of them for anything. Clearly he knows he’s tough to take, his inability to consider his behavior may very well be what lead to that heartbreaking decision.

I appreciate Playing Hard for doing its best to demonstrate what a game development process looks like. It was interesting to see it from a management point of view. I wasn’t particularly shocked by anything but I think it’s good for gaming culture to get a look inside what real game development is like.