Procrastination Sucks. Here Are 3 Guaranteed Methods For Writers To Try 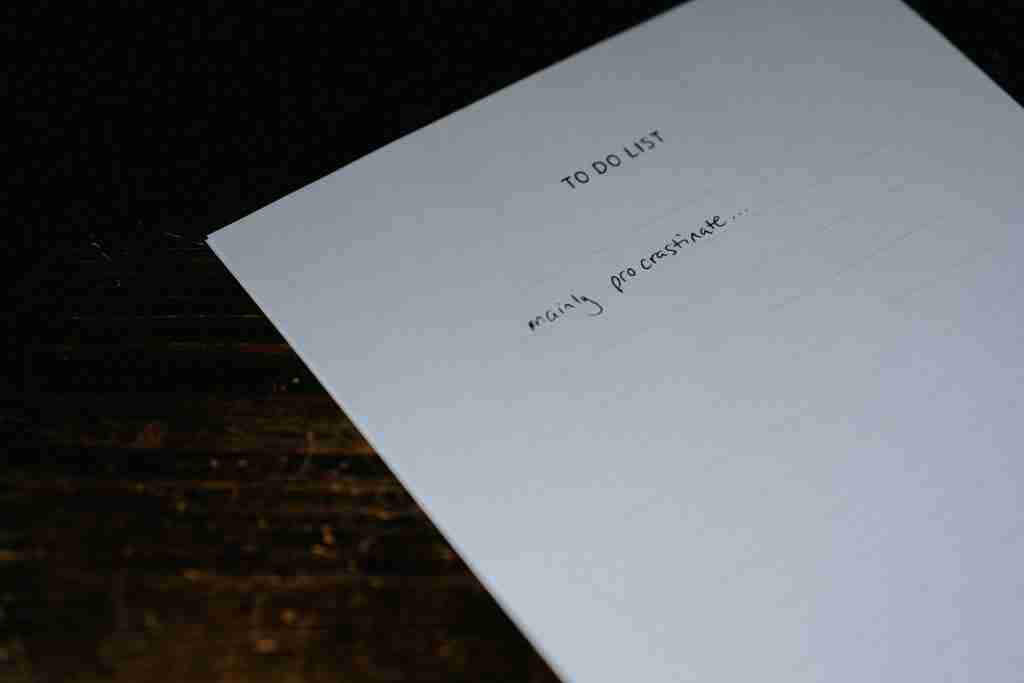 When you procrastinate, it feels like the universe is trying to stop you from reaching your potential. It feels unfair that something so small — a laughable, unimportant task — could have such an impact on your life. We all know procrastination sucks, but it’s something we all do. Why? Because it’s how our brains are wired. As humans, we have a tendency to prioritize short-term happiness over long-term fulfillment. In other words, what feels good now trumps what will help us in the future. But if procrastination feels that bad and we know it’s not good for us… why do we still do it? In short, it’s a complete waste of our time as it’s the one thing you can never get back again. Good thing there are ways we can step forward to take back our control.

Being a writer and having great talent covers only fulfills a certain percentage when getting something done. Training your body and mind to be consistent to form a habit is the true holy grail. There’s an informative interview we discovered on Film Courage’s YouTube channel with screenwriter, Corey Mandell, where he speaks on 3 ways to overcome procrastination when going through writer’s block.

Get Your Mind To Think About The Worst (Breaking The Glass)

Fear has plenty of force which allows us to avoid a sense of accomplishment. Sometimes, during the creative process, it’s easy to tell ourselves that something negative is going to happen. If you write a book, will it ever get picked up and published? Would you receive negative reviews? Maybe your family will stop talking to you? You’re a failure and won’t get the job? There are so many results because no matter what, there is still a percentage where things could go wrong during or after the process.

However, the point here is to get yourself to write.

The statement “Breaking The Glass” is essentially thinking of the worst outcome before it happens. There’s so much thinking and analyzing that goes into writing before we feel anything can get on paper. But once you train yourself for the bad situations and play out as if they really happened, you start to access what you would do differently. Usually, someone with natural perseverance would stand up, dust the dirt off your shoulder, and try again. This way you now know, the situation you were so fearful of actually isn’t that bad. And if it gets you to revert back to square one, as in, get yourself in that chair and write — then so be it.

It’s time to talk about distractions. For the procrastinators in the back, we always talk about the topic at hand which results in never getting anything done because of some good ol’ writer’s block. But, do we ever talk about what we do during the time we are procrastinating? Maybe watching our favorite tv show, playing The Sims on Steam, or bored eating just to fill in the gaps? Look, the list could go on because we are checking all boxes above.

Instead, how about you make your procrastination, writing? Crazy right? Think about it. We want to write. There’s writer’s block starting to slowly seep in. Knowing we are about to get distracted, how about instead of grabbing the tv remote, grab your laptop and just write? It doesn’t even have to be what you were initially meant to write. Now, even though you’re procrastinating by stepping away from the assignment, you’re still training your mind to go from a computer to a notebook and write some words. Over time, you will just continue to write in a full 360 manner because your go-to for all good and bad during this process is writing.

Make A Space Solely For Writing

A spare bedroom, a cupboard under the stairs, anywhere with a door where you can shut it and be alone with no distractions. The point of this space is to write. That’s it. Mandell explains that whenever you’re in this room, you are meant to write, ONLY. Once you stop writing, you have to get up and go outside of the wrong. During this time you give yourself a 5 min breather, but nothing more. This is because starting after the 5 min mark leaves a heavy potential for other procrastination to seep in. At this point we are walking out the wrong probably saying our work isn’t worthy, the words aren’t flowing, I don’t know what to write, I mean… every excuse in the book could be said here. But you must stand firm, that once 5 minutes hits, you march back into that room and write. Even if you just hit your fingers on the keyboard…

That shows more progress in writing than standing out soaking for 6 minutes to 6 hours to 6 days and so on doing nothing. We can train ourselves like muscle memory to step in that room and learn to stay just a little bit longer each time. Eventually, we will get tired of the stand-up sit-down game where it’s easier to just write.

Make it a habit.

We easily get distracted because deep down there is something in our soul that is getting us not to write. With all these techniques some maybe are successful with one or two, or maybe all three. The point is, you are in control of your fear. Don’t ever let writer’s block do its magic to intercept you from getting what you need to be handled. It’s up to us to use these tools to grow as an artist, creatives, and humans.

Now that you have these tips, get up, good luck, and happy writing.

From California to England, Esha's mission is to tell stories – how her mind works, how she makes stories out of things around her. She's unique, as the world is broad. Esha has skills in writing, creativity, and artistry. Her knowledge is vast like a library – but her curiosity runs wild like an expansive imagination. She's as passionate as the ocean is expansive. Follow along as she takes you into a digital labyrinth of creative writing and 3am thoughts – to inspire us to think differently.