Rihanna's Fenty Beauty is now an official partner of Riot Games, the developer behind League of Legends. 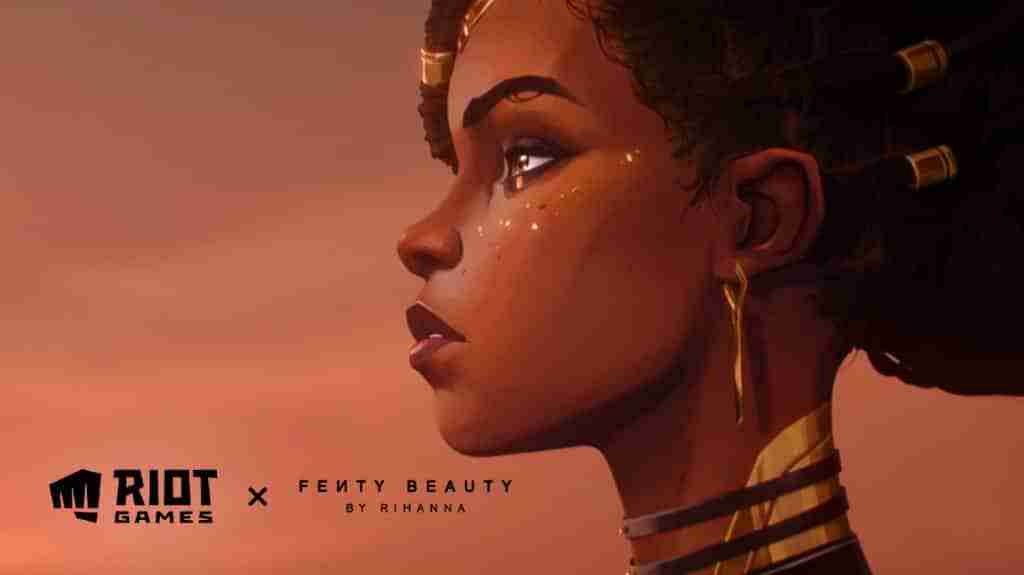 Yet another step towards innovation for Rihanna? Yep, pretty much. Riot Games and Fenty Beauty, the cosmetics brand of the pop star turned mogul, are joining forces to celebrate the launch of Riot’s very first TV series, Arcane, which landed on Netflix this weekend. And guess what? The animated series is set in Runeterra, the world of League of Legends.

According to a press release, Rihanna‘s Fenty Beauty is now an official partner of Riot Games, the developer behind League of Legends. The joining of forces with Fenty Beauty is the first-of-its-kind global partnership. With this official collaboration, Fenty Beauty will curate and style looks across Riot Games and its related content in order to highlight the multifaceted and diverse beauty landscape, celebrating beauty in all its forms, including animation.

In this partnership, Fenty and Riot will push the boundaries of collaboration and highlight the importance of community in gaming and beauty.

With the animated series Arcane, Netflix and Riot Games bring the global phenomenon League of Legends franchise to television. Arcane is the first TV series based on the League of Legends universe, and it will follow the origins of two of its iconic characters. Premiering on Netflix late last year, a majority of the audience had zero expectations. But since its first episode landed, the series has become something of a smash hit with a rarely-won 100% Rotten Tomatoes rating.

So, The show looks good, Rihanna is involved (!), and it’s based on a hugely popular game.  Why aren’t we talking about it more? Arcane deserves to be discussed for not only breaking the curse of the video game adaptations, but also for all the things that make it its own unique beast.

Have you seen Arcane? Does it do the game justice? What are your thoughts on the Rihanna collab? We wanna know!!

Get social! Follow @Sugargamers on all channels to stay updated.

Got comments? Join the SG Member Discord and let us know what you think.