The Good, The Bad, The Uncanny Valley of CGI Influencers 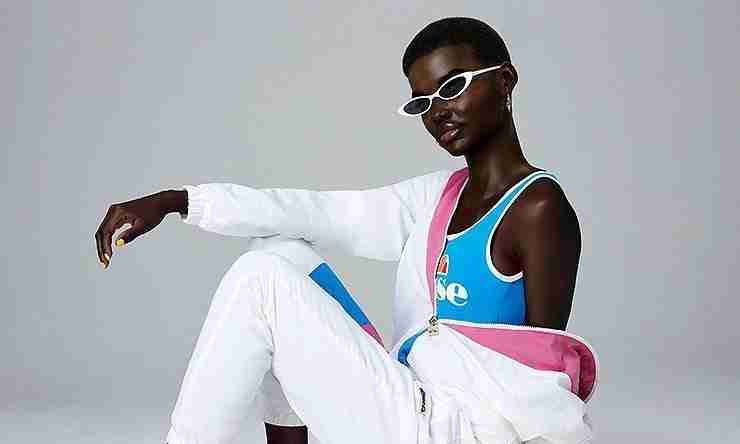 As we sit around in 2020 living inside of a digital age, at some point we have to look around and smell the roses. Innovative technology has not only boomed in its own regard but with the mix of social media, it raises new levels. In 2018, our Sugar Gamer, Jennifer Touge, who touched on the mesh between the real world and the virtual world.

Throughout the years Shudu, the world’s first digital model, might look a bit more familiar to some as she popped onto the internet in 2017. Being a designed trend-setter and initiating the tone for the “perfection trend”, it’s quite clear the overall use she could be. Even though we see a beautiful supermodel from South Africa named Shudu strutting in designer clothes which is nice. But who is behind the virtual frame we see straight out from our phone screen? Even when she’s promoting the new Galaxy Z Flip on hers.

His name is Cameron-James Wilson, the former photographer now a 3D artist. Walking out from the streets of London, he’s the CEO of his company The Diigitals Agency; a virtual modeling agency. After fitting all the puzzle pieces together in our head, from the start Shudu couldn’t have been the only one according to Wilson.

Given the background of his first supermodel Shudu, is there a line that should be drawn? Meanwhile, it’s clear Cameron-James Wilson is a caucasian male while Shudu Gram is a woman of color.

Whatever thoughts are being had behind the scenes, we see them coming out of the virtual models’ mouth. In that sense, consequences are to be followed by acute behavior yet mimicked by actions from the digital with the mind of the artist; Who do we punish? At what point is that blurred world between the two now a black and white responsibility?

Miquela Sousa aka Lil’ Miquela is another digital face that’s still popular to this day. Miquela is 19 years old and has over 1 million followers on Instagram. Very large marketing brands, celebrities, and companies can utilize someone like Lil’ Miquela.

Her fresh style alone caters to a certain audience so why not lure even the niche followers in and that doesn’t count when she’s modeling for designers like Prada. Her followers get the humanistic benefits of social media, like Miquela to get people voting for example.

Having an account with a large following could benefit a handful of minds when it comes to spreading information. If Miquela can’t do any wrong as you begin to care for her as if she was one of us, would it matter? What I mean by that is you actually listen to the words she says or follows her daily life because you’re curious about what’s going to happen next. Even if the creators behind Sousa are Trevor McFedries and Sara DeCou? More humans?

As 2020 still continues to pass through, the age of CGI influencers and models aren’t going anywhere any time soon. When the term automation comes to light, there’s a big conception of how our jobs can get taken. But, isn’t there still a way to utilize these same tools with what we’re doing now so that everyone wins? We don’t want to think all options will blow through the window, but digital marketing can benefit from each other. Especially when your job market doesn’t solely have to rely on technology to survive.

I mean, let’s not forget when Louis Vuitton used Claire Farron aka Lightning, the video game character from Final Fantasy to promote their handbags in 2015,

As we head into the future, imagine a company “training” a digital AI of yourself in a lab. Then over time, they’ll be able to upload your personal consciousness into a computerized AI that looks like you to use for some sort of benefit? A company like Soul Machines knows just what that possibility could look like. During S1-E1 of the original YouTube show called How Far is Too Far? | The Age of A.I, the CEO of Soul Machines – Dr. Mark Sagar, walks us through the process. Wil.i.am of the Black Eyed Peas pairs up with the company as he himself has plans of using this technology in the future. It’s all about training the Machine by it learning from you. “The models can sense the environment, they can react, they can learn in real-time,” said Dr. Mark Sager in an interview in 2017. These superintelligent beings are viewing the way you talk, respond to questions, and more because they are simply a simulation of us.

Now just think that same technology, but with someone like Lil’ Miquela, who emulates emotion online with storytelling. The uncanny valley could set in because there’s a possibility they can look exactly like you and I; Is that a bad thing? A digital inspiration, yet transferred into a human body? Could you see this technology be used in the world one day? Until then, what are your thoughts about CGI and AI Influencers? Do you think they are going to 100% of humans and digital work? At the end of the day is it all about perfection when it comes to advertising?

Tell us what you think.