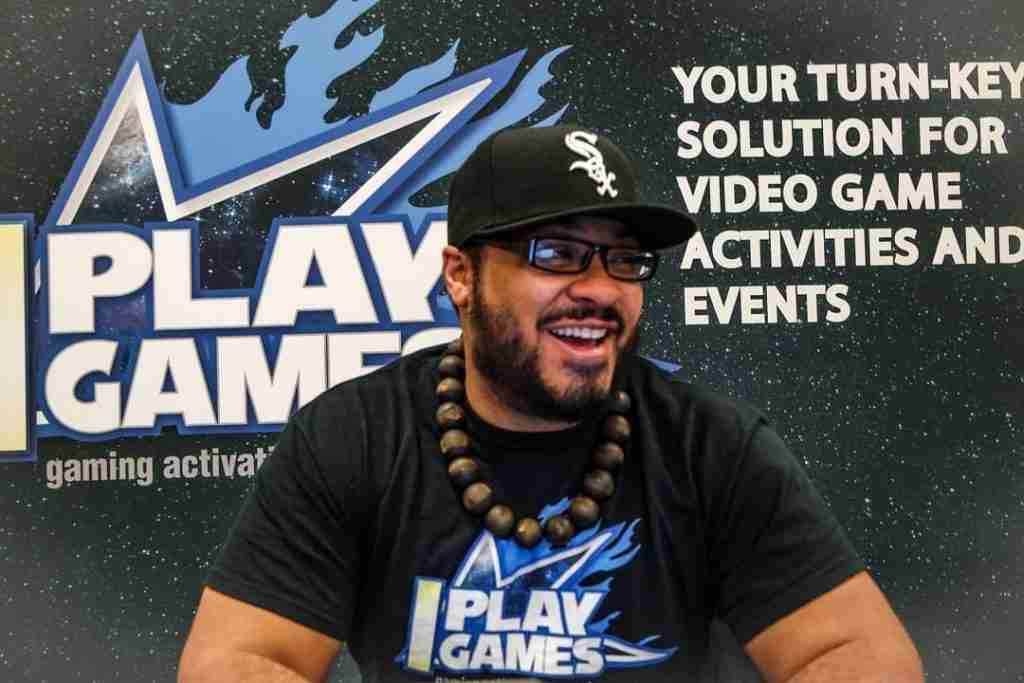 Kevin Fair’s story is the perfect representation of what we’re looking for in our next generation. He grew up in the south side of Chicago playing video games from a young age, and he excelled after earning an undergraduate degree in computer science. Kevin had used his coding skills to get ahead of the job markets — but still had questions about whether this could turn into career territory too.

It wasn’t long before these passions led him down the road to start his own company in 2009. He helped create what would eventually become known as eSports and his company I Play Games! has been at its forefront for over a decade renting out equipment for gamers as well as running their own competitions with Street Fighter IV being just one example where they were able to make it happen right at launch.

By recognizing the obstacles within the community, Kevin dedicates himself to changing the stigma by hosting events with different types of gameplay such as fighting games or racing titles that may not have been seen before at local competitions.

Ever since Covid started, there’s been a handful of recent events that’s gone down like:

• Youth Tech Expo, which had panels, eSport expo, and more for high school students
• Beerio Kart, which hosted a Mario Kart 8 tournament at the Dryop Brewers
• The 1st eSports Festival at National Louis University
• The pre-game NBA 2K22 tournament for eSports Night
• The epic MK 11 tournament where Sonya Blade herself made an appearance
• The LCS Championship while being the official Partner for Youth Outreach
• The Spring Smash Invitational with Depaul eSports
• Mortal Kombat Charity Event for Kombat4Rare, a movement created by the Raiden Science Foundation

The list could go on, but with courage and perseverance, Kevin Fair has established himself as one of the best in his field. It’s clear he strives to give back through education by hosting events that are inspiring for younger generations looking into getting involved with gaming or eSports careers themselves. As our society becomes more tech-savvy than ever before it’s important we find ways to create opportunities ourselves. Gaming is a great way to build personal relationships and is a huge creative outlet for some and creating accessibility around this industry creates a noticeable positive impact on people and communities.

Gaming is a great way to build personal relationships and is a huge creative outlet for some and creating accessibility around this industry creates a noticeable positive impact on people and communities.

So here at Sugar Gamers, we once again give Kevin Fair all the brownie points for recognizing the niche and doing something about it. Make sure to check out I Play Games! as they are a fantastic resource for your next gaming event.

From California to England, Esha's mission is to tell stories – how her mind works, how she makes stories out of things around her. She's unique, as the world is broad. Esha has skills in writing, creativity, and artistry. Her knowledge is vast like a library – but her curiosity runs wild like an expansive imagination. She's as passionate as the ocean is expansive. Follow along as she takes you into a digital labyrinth of creative writing and 3am thoughts – to inspire us to think differently.

How to Become a Twitch Affiliate and Make Money From Gaming