The Midwest Magic of Cuddle_Core 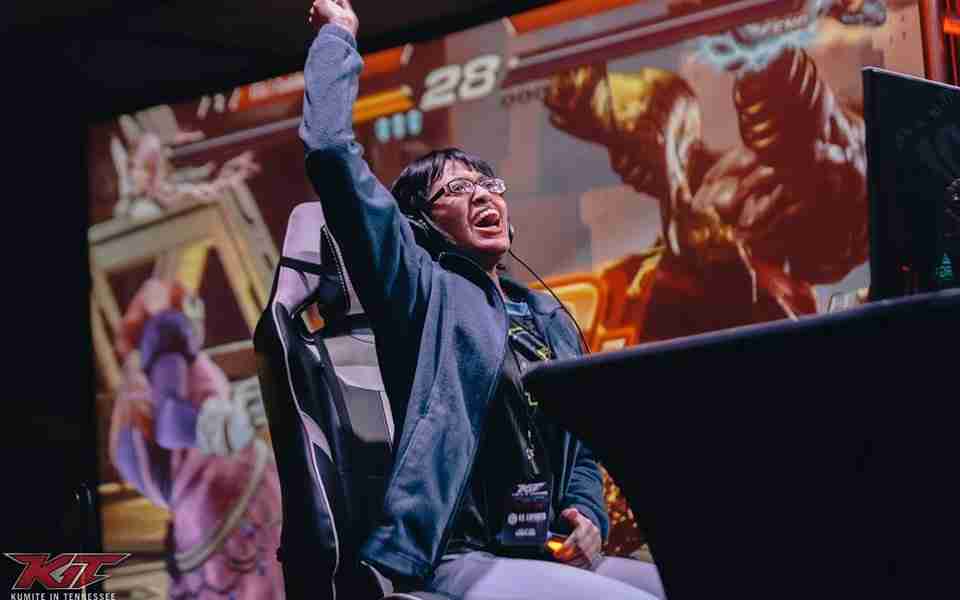 To my mind, pro Tekken player Cuddle_Core aka Jeannail Carter is a top-notch representative of the fighting game community’s Midwest talent. When I first had the pleasure of meeting her at Frosty Faustings I was blown away by her composure and positive attitude. She’s a ray of sunshine but don’t get blinded by the light, she will dismantle her competition with merciless tact. I am beyond excited that I had the opportunity to talk shop with this kick-ass woman!

Rebecca Rothschild: As a gamer have you always been competitive?

Cuddle_Core: As a gamer, I believe I have always been competitive. Even when I was a child I could not stand the feeling of defeat. I would ask myself, why did I lose, how can I stop this from happening again? I also found getting beat, made me more competitive in the fact that I knew and know there is always room for improvement. This makes me determined to always be competitive in a healthy way because it keeps me dedicated to practicing.

RR:There’s a lot of fighting games out there, what is about Tekken that stands out to you?

CC: Yes, there are a lot of fighting games out there. However what stands out to me about Tekken is I feel as if I get more reward for learning the multiple techniques of the game. Even with Tekken’s multiple characters, no matchup is highly in one characters’ favor. The creative possibilities in which you don’t have to play one exact way to be successful in this game, gives me so much respect for the franchise. Tekken makes you think, makes you think outside of the box.

RR: As a pro gamer, what are your career ambitions?

CC: As a pro gamer my ambitions are to continuously improve in this game and branch off and be a pro gamer for Soul Calibur VI as well. Along with that goal, I want to keep representing the midwest as a strong player by beating the best and being consistent. Moreso, I utilize my gender as further proof that it doesn’t matter who you are, that you can succeed in a male-dominated field. You do not see many women of color in professional gaming, my goal is also to represent women of color as strong, talented and driven individuals ( because that is what we are).

RR: When you don’t have a controller in your hand, what do you like to do?

CC: When I don’t have a controller in my hand, my full-time passion is pursuing an illustration career professionally. I recently graduated from college with my Bachelors in Fine Art, with a concentration in Illustration. I enjoy making conceptual work with the mediums of colored pencil, acrylic paint, ballpoint pen, just a various amount of mixed mediums.

RR: Do you follow esports outside of the fighting game community?

CC: Unfortunately I do not follow esports outside of the fighting game community, but I would be curious to know what it is like. For me, there are toxic and positive parts to the FGC, and I would love to experience how esports is as a whole.

RR: Esports has been evolving due to its increasing popularity, what are some evolutionary changes you would personally like to see?

CC: Some evolutionary changes I would love to see with esports is, esports being focused on for the skill players have as a whole. Sometimes I see the FGC being portrayed as some sort of reality tv show, and personally, I think it’ll be taken less seriously because of that. For many people in the FGC, they are dedicated individuals who are the best at their craft, and that shouldn’t be slighted because of trying to make the scene more popular. I have always been taught it is better to show yourself as who you genuinely are. I believe it is worse to fake who you are, simply to be likable to people you do not even know. If the FGC can be presented how it genuinely is, I believe people will love it just fine.

I want to give a big thanks to Jeannail for taking the time to talk to me. If you wanna see this lady in action you can catch her at Combo Breaker 2018! If you wanna keep up to date with all things Cuddle_Core I highly recommend her Twitter, @ITScuddlecore