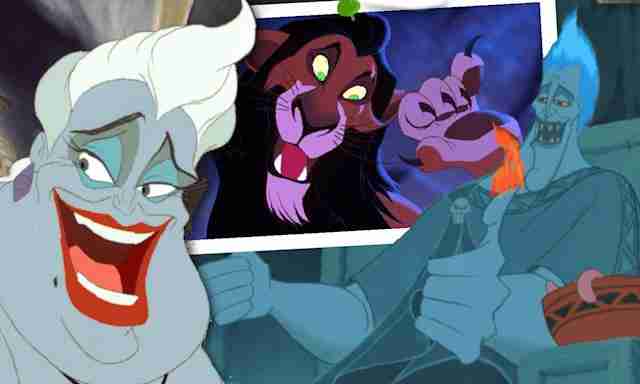 Disney villains are the worst of the worst, committing crimes left, right and centre. They’re the baddies we grew up with and haunted our nightmares. But what if they lived in our mortal realm and had to serve time just like anyone else? When it comes to criminals on earth we can’t just banish them to hell or lock them up in a genie’s lamp.

Lets see how long your favorite Disney villains could spend behind bars if they were found guilty in a real world court of law.

Do you agree with the sentencing? Tell us how you were serve justice to these Disney villains in the Sugar Gamers Discord.

Hades was already in hell, quite literally, but he’d have rotted behind bars for 56 years for his crimes. The god of death and lord of the underworld was always going to come top wasn’t he? In hid bid to take over Olympus he torments the people of Greece, unleashes the Titans and tries to kill Hercules.

His main aim was to get his revenge on Peter Pan and he’d do anything to get it including kidnapping, attempted murder… we could go on. The real crime is when Hook shoots one of his men simply because his singing distracts him.

It was a poor, unfortunate soul that crossed Ursual, the powerful witch that takes Ariel’s voice.

Not only is she a cunning manipulator, trapping even more souls with her tricky deals, but she tricks Ariel all because she wants to overthrow her dad King Triton and rule the seas.

Scar is one controversial character, was he just being a lion or was he truly an evil figure? Either way he did kill his brother, so it’s not surprising he’d be locked up for nearly 50 years for his crimes.

He also attempted to kill little Simba so he sort of deserves it all.

The evil grand advisor was a real piece of work, not only trying to take over from the Sultan using his hypnotic staff, but also trying it on with the much younger Jasmine.

He really deserves those 47 years, though we’d say being trapped in a genie’s lamp is a good punishment too.

I know, I know! We are missing a lot of characters who should probably be spending their future behind bars. Share who you think should be added to the list below, or join the conversation on the SG member discord.