To Comicsgate I say: Make Comics, Not War 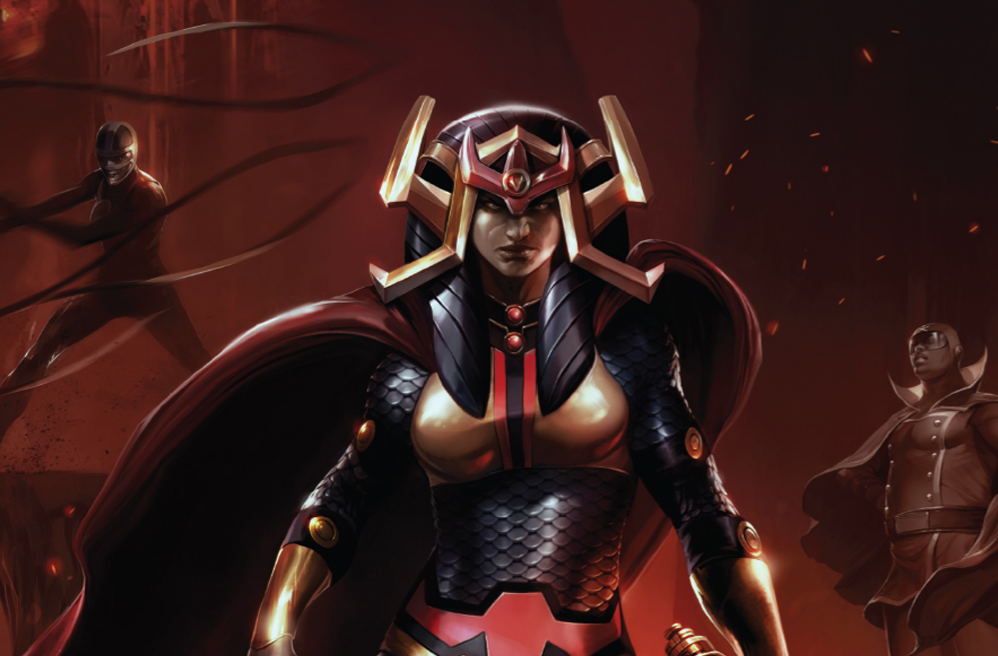 Comicsgate has once again made its way to my front door, not by way of harassment, which was my first encounter with it. This time around it came in the form of a friend and fellow comic creator.

We’re both fans of the Furies in the DC universe so we were both excited about the new series DC was putting out called Female Furies. For the first issue, the interior art by Adriana Melo is amazing. There were some fun aspects about the book, like getting see good ‘ole Granny Goodness in her younger years. However, and with all due respect to the book’s writer Cecil Castellucci, I could not stand the plot devices for this series.

It appeared that Castellucci used EVERY single trending issue in regards to the #METOO movement and just stuffed it into a plot about the deadliest team of alien women in the universe. I felt there was no imagination to it. Why would the men of Apokolips have the EXACT same sexist tendencies as men on Earth? Why do these women have to be made victims in the same way that women are in real life? It was depressing and I felt there was a level of pandering to it. The fantasy that I typically love about the Furies was stripped away with this all too familiar set of scenarios. Naturally I complained heavily to my friend who also was not a fan of the book. However the conversation quickly took a turn. He said “See? welcome to Comicsgate.”

I laughed hardily and put the brakes on that immediately. I don’t do labels, especially not that one. As I said, my first encounter with Comicsgate was not positive. A man at a comic convention told me I was limiting my audience by having female leads in my comics and that Comicsgate will make my work obsolete. Another on Twitter suggested it was clear my comics were “SJW shit” because I had a lot of pink in my books. I am not going to get into how genuine the CG movement’s mission statement is. My friend identifies with aspects of it, and I can understand why, even if I think it is misguided. Please understand that I am attempting to look at CG through my friend’s point of view in this piece.

This is a friend I respect, he had said that there is a better way to write about these societal issues and I agree completely. DC and Marvel I think are overcompensating for decades of overtly sexist and discriminatory narratives. Female Furies #1 is not the first book in recent years to disappoint me with over the top political sentiment. Just because I agree with those sentiments does not mean the writing is automatically good. However, I in no way feel a need to declare war on it.

I myself am a comic creator, if the big two are going down the toilet, GOOD! More opportunity for me and other comic creators which includes Comicsgate creators right? So why be mad? Jump on it, have FUN! Why expend the energy to yell and scream? Sure, voice your disappointment, but then let’s get to work. I love DC and Marvel but they are still competition and I smell blood in the water, let’s go!

Comicsgate is creating comics under this war cry banner of no more politics in comics, which is in itself, in my opinion, political. That’s something I could never see myself doing for either side. Nothing would be more creatively stifling to me than making sure I was appealing to a specific agenda when writing comics. I don’t say this because I think the CG comics will be bad, I haven’t read any yet so I don’t know. However publishing under this label makes these comics propaganda for the movement. I’m all about making comics, not war and definitely not propaganda.

Back to my friend, I’m not gonna write him off. For one thing, he owes me lunch. His stance comes from a place of passion for comics. He’s an adult, he can think for himself. I am willing to have a dialogue with anyone about CG stances, but just know if you negatively classify my work based on the color palette alone, that’s not really a great ice breaker.