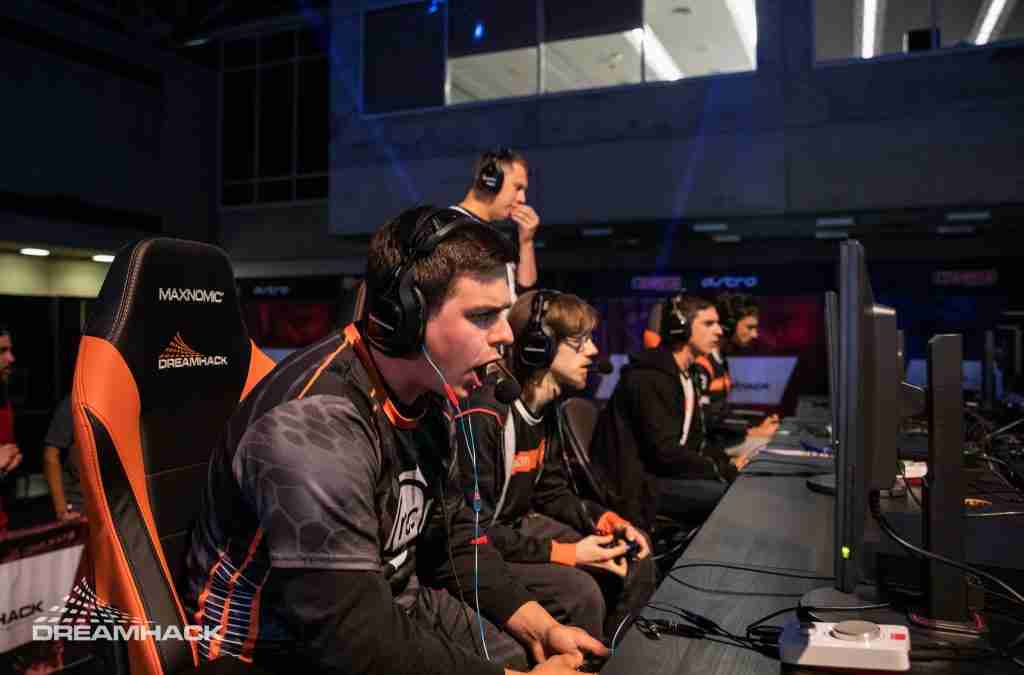 Dreamhack made its debut in Dallas and brought the Master Chief Collection Halo 3 Grassroots tournament along for the ride. The tournament itself was not as galmorous an affair as past events, but there was still some solid Halo action to be seen.

This IS Your Dad’s Halo

To say Halo 3 is not Halo 5 is a massive understatement. Pro philosophy for Halo 3 is many universes removed from Guardians. No sprint, no boost, no clamber, it’s a whole other ballpark. Those who have been competing in Halo 5 had to completely retrain their brains. It seemed like Tox was one of the few teams who did their homework. The team lineup was full of familiar faces who we know can pull out a Halo 5 win, but Halo 3 has proven to be a challenge for even the most seasoned Halo competitors. However, Halo 3 has also brought out some familiar names from the glory days of Halo esports which has been fun to watch.

The team that really broke my heart was Reciprocity. This was solid lineup of beloved vets and they started off so strong but quickly hit a wall once going up against the top tier teams. There were moments I didn’t recognize them, they had been completely dismantled by the likes of Tox. They were working so well together and pulled out some new tricks, I was certain they would have a solid bid for the grand final.

Across the board I noticed teams falling into habits more suited for five as apposed to three and they paid for it. In some instances it made the matches painfully slow or just painful to watch period.

The roster on Falling Esports was impressive, every single player a note worthy showstopper in their own right. They managed to throw teams like Reciprocity completely off their game. They were wild, unpredictable, and unafraid to take risks and put on a serious show. Falling and Tox seemed the natural choices for the final showdown and they had earned it. There was a lot of excitement for the grand final and yet, due to Tox’s frightening grip on this tournament, it was more of a fizzle.

Tox showed up in Dallas with strong rotations, adaptability and composure. They moved in fluid formations, were willing to transcend roles and positions at the drop of a hat. They were rock solid as opposed to Falling who were making big crowd pleasing plays, but fell completely short in the objective department. I did notice with Falling there was lack of an anchor, they opted for hyper aggressive tactics that served them well throughout the weekend. It is a team of alphas and it seemed like in the final no one wanted to step back. Tox took the grand final 4-0 with no questions asked. I will say I like watching this Tox team work, however I would have liked to see them sweat a little more.

The MCC Halo 3 tournament at Dreamhack Dallas was my first time covering a Grassroots Halo Championship Series event. I gotta say, it was a little wonky. Starting off with an hour and a half delay, seeing my beloved Halo caster talent on the floor to cast certain matches. The decision to stream on a Twitch channel no one was familiar with. My hope is these kinks will get worked out for future events.