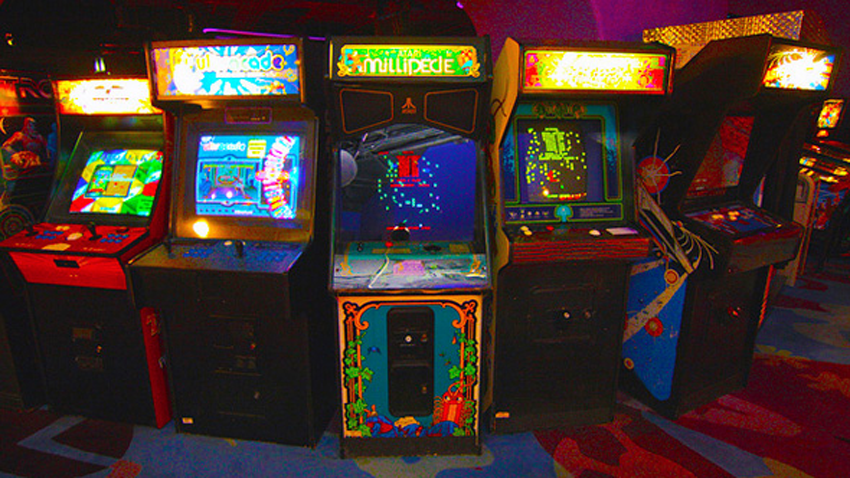 A timeline of the most popular video game genre’s and the games that defined them.

There’s always going to be debate on which genre is the most popular, especially during a given era. The SG research team in collaboration with AceCash jumped into the conversation and compared each genre’s worldwide physical game sales and number of titles in each genre to shed some light on the every prevelant gamer topic.

Do you agree with the findings? Share you opinion in the discord and get in on the action.

By the 1970’s, the reduced cost of transistors and microchips led to a new generation of minicomputers. These technological advances eventually gave birth to the coin-operated arcade machines we know and love today.

While games like Pong enjoyed critical success, arcade games continued to struggle against traditional bar amusements like pinball and billiards which dominated the 1970s.

This balance in power shifted abruptly in 1978 with the release of Space Invaders and Asteroids, which proved coin-operated arcades could be commercially successful. Space Invaders even introduced several new gameplay concepts including: “earning extra lives”, “high scores” and “background music”. By 1982, Space Invaders sold over 400,000 arcade cabinets and collected over 3.8 billion dollars.

In 1980, Japan’s incredibly popular game, Pac-man, released in the United States, introducing the maze-chase genre. The iconic character is often cited as the gaming world’s first official mascot, and is largely responsible for broadening gaming’s appeal to women.

At its peak, Arcade and Action games made up 72% of all total video game sales.

The popularity of arcade and action games soon crumbled after the gaming industry experienced its first crash in 1983. The 1983 gaming crash occurred due to over saturation of at-home video game consoles, the release of many bad video games and the rise of personal computers. While arcade and action titles suffered a severe setback, this period led to the rise of platformers in 1985.

Originally dubbed, ‘climbing games’ due to Donkey Kong’s many ladders, the platforming genre saw a renaissance during the mid-1980s. As a subgenre of action, platformers rely on player dexterity and skill to jump over uneven terrain, avoid enemies and complete the level.

In 1985, Japan released the newly rebranded Nintendo Entertainment System to the United States. The new console brought with it some of gaming’s most famous platformers, including: Super Mario Bros. 1, 2 & 3, Mega Man 2 and Metroid.

Shortly after, SEGA debuted their platformer Sonic the Hedgehog on the SEGA Genesis.

The gaming industry seemingly couldn’t get enough of the platforming genre. This all changed in the mid-90s however, as the gaming industry readied itself for the next wave of consoles, promising something revolutionary – 3D graphics.

During this period, the top selling games were not tracked accurately. As a result we do not have accurate sales numbers for platformers. With the launch of several high selling Mario games, it’s highly likely platformers were the top performing genre during this period.

With the updated hardware of PlayStation and Nintendo 64, RPGs would push the graphic fidelity to new heights. The new tech allowed RPGs to have expansive environments, real-time cutscenes and more enemies on screen.

Final Fantasy 7 (FVII) quickly made use of these hardware updates, ultimately becoming the second-highest selling video game on the PlayStation console. The success of FFVII brought RPGs further into the mainstream.

In 1998, Nintendo released The Legend of Zelda: Ocarina of Time (TLoZ), an RPG game that allowed players to visit dungeons, mountains, lakes and castles within a grand story. TLoZ also introduced the z-targeting gameplay mechanic, which allowed players to more easily target enemies, characters or objects. This mechanic would later be adopted by many other RPGs.

In 2004, World of Warcraft popularized Massively Multiplayer Online (MMO) games. MMOs brought persistent and evolving worlds to RPGs, along with hundreds of real players on the same server.

As console online multiplayer games began to take off with Xbox Live and PlayStation Network, RPGs quickly became a dying breed. Gamers instead looked to test their grit with a genre primed to take advantage of updated tech and online play – sports & racing games.

During this era, RPGs made up 21.5% of all total video game sales.

Although originally released on arcade games, sporting games didn’t quite find their footing until Tony Hawk Pro Skater in 1999. Unlike arcade sports games before it, Tony Hawk strived to accurately represent skating. The charm of the game, along with its legendary soundtrack, brought skating and its culture to a broader audience.

In 2005, Mario Kart DS sold over 23.60 million, making it the second highest-selling racing game of all time, a record that stands even to this day.

In 2006, Wii Sports launched and reached millions of new gamers with it’s charming graphics and simple gameplay. Wii Sports has sold over 82 million copies, making it the most successful Wii game to date.

As of 2013, EAs Madden has seen over 100 million copies sold to NFL fans worldwide. NBA 2K has seen similar success with its sales figures.

The sports and racing genre made-up 27% of all video game sales during its respective peak.

The Shooting genre has its roots in the earliest of video game consoles. Games like Doom, Golden Eye, Counter Strike, Halo and Call of Duty paved the way for the Shooters genre and are still around to this day.

Between 2015-2018, shooters were at their absolute peak in sales, with games like Destiny 2, Red Dead Redemption 2, Battlefield 5, Far Cry 5 and Call of Duty: Black Ops 4.

Thanks to professional gamers, post-launch updates and online streaming, shooters have continued to obtain new players. Analyzing Year to Date (YTD) sales figures, only confirms this notion. The shooters genre accounted for 40% of the top 10 games sold so far in 2020. With shooters able to easily adopt other genre characteristics, there seems to be no end in dominance for the shooters genre.

The evolving popularity of game genres is simply a reflection of consumer tastes and technology of the era. Previous changes occurred due to industry shake-ups, technology innovations and even staleness of tried-and-true genres.

The fortunate news is genres are rarely ever dead. Modern games can and often do borrow elements from different genres. This creates interesting sub-genres of their own, like the recent trending “Battle Royale” genre, which mashes up characteristics of RPGs and Shooters. The new trend of “gaming as a service” has also shaken up the genres we consume. This free-to-play subscription service has allowed gamers to try hundreds of games in niche genres they may otherwise have missed.

As video games continue to evolve, we’re excited to see the next genre that rises to the top of the charts.