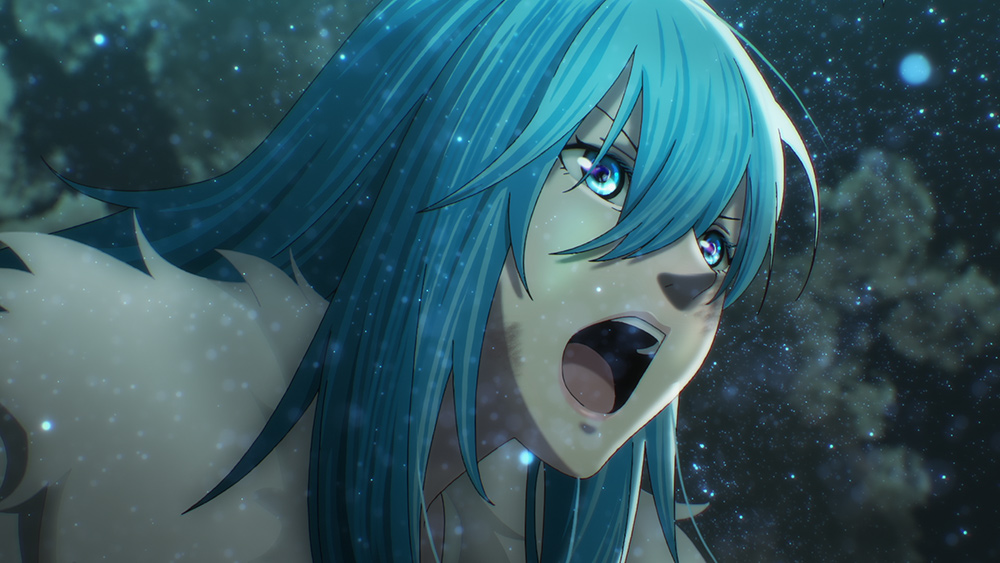 Keeping up with seasonally released anime is as difficult as being able to tell the difference between each software update your laptop nags you to schedule. Many shows will slip through the cracks or, worse, join your ever-growing backlog. The summer anime season is upon us but Vivy: Fluorite Eye’s Song stands among ODDTAXI and To Your Eternity as a must-watch from the Spring 2021 season.

Vivy is a Funimation exclusive anime by WIT STUDIO, the studio behind the first three seasons of Attack on Titan. The show is stacked with voice acting talent with stars like:

The world of Vivy is an amalgamation of Hatsune Miku meets Minority Report and Detroit: Become Human with a dash of Ghost in the Shell: Stand-Alone Complex and NieR: Automata for aesthetic and heartbreak.

The anime takes place in the year 2161 where a war between AIs and humans breaks out and mankind is on the brink of collapse. To save humanity, an AI named Matsumoto is sent back one hundred years into the past to meet the idol AI Diva, also known as Vivy, to prevent the linchpin events from setting humanity on the path of AI destruction.

In the year 2060, we have replaced ourselves with humanoid AI in the service industry and have given them a single task to perform. The sole purpose of Vivy, the performance model, is to make people happy with her singing. At the center of her struggle as an AI who also has the weight of the world on her shoulders is to explore what it means to put all of her heart into something.

The contrast Vivy finds with her objectives is a perfect metaphor throughout the series. As an idol, her goal is to encourage others with her singing and put smiles on faces. Being the savior of humanity has a generous Reuleaux triangle for the “Warmachine Diva.”

Each episode is an exploration for Vivy and the audience into aspects of humanity. Whether it be stopping terrorist acts, preventing a space tourism ship from crash landing, or aiding in an AI marriage with a human. While Matsumoto is an “end justify the means” type of AI who discerns how to prevent their dystopian future from a centuries-long archive, for Vivy the means have to justify the end result.

Vivy’s endearing quality is her ability to think outside the dogmatic parameters of her objectives to find a solution, and she goes out of her way to save as many people as possible while doing so.

Similar to how Naruto would talk his villains into either becoming his friends or seeing the light (literally in some cases) Vivy is not afraid to slow things down and run talknojutsu.exe with persons of interest who lead to humanity’s end. Instead of becoming her “Nakama,” Vivy is satisfied with them becoming future audience members.

The story doesn’t shy away from darker storytelling in exploring what makes one human and the tragedies we face in expressing our desires. Even episodes that feel like one-offs have implications within the story at large and in the development of Vivy as a character.

Each episode is worthy of being regarded on the same level as side quests in NieR: Automata with how Vivy manages to pluck similar heartstrings and subvert expectations for viewers.

A lot of love was put into the creation of this anime, which is apparent from the show’s tight script, voice acting, audio engineering, smooth Sakuga-style animation, and soundtrack.

Blue-haired anime girls don’t have a great track record of having a happy ending. As each episode progresses, she does fail, has major setbacks, and questions if she is the right AI for the job. As Vivy strives to understand what it means to her to put all of her heart into something, there is no doubt the team behind the anime does just that, bringing every episode of Vivy to life.