Give Aisha Tyler Her Flowers Now And The Credit She Deserves 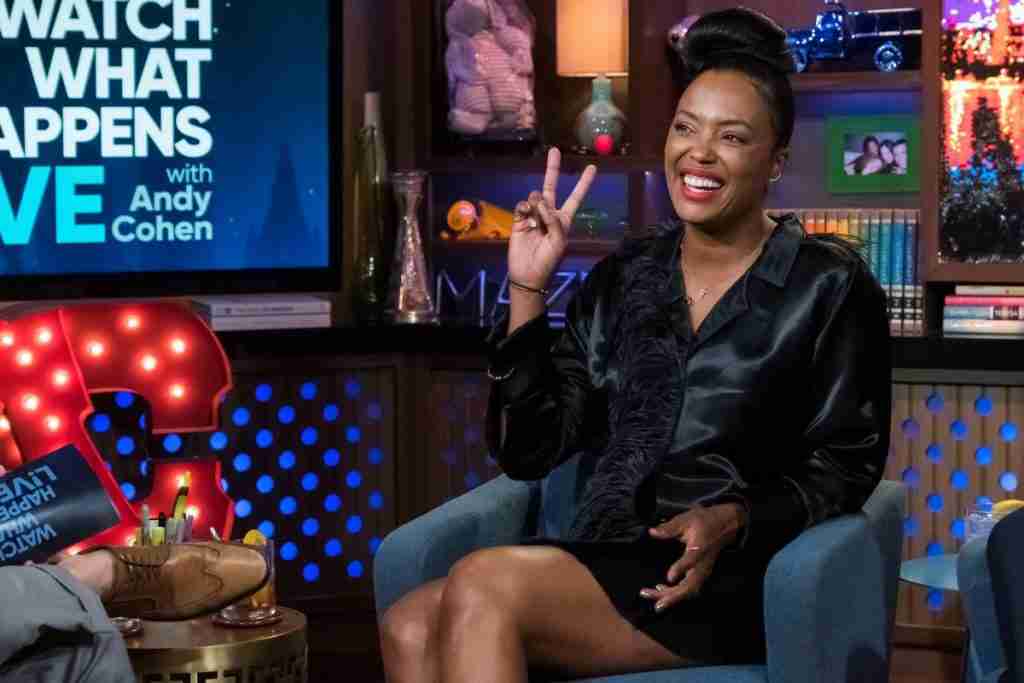 In a world full of geeks, very few people within the industry can stand tall and say, “I paved the way,” but for someone like Aisha Tyler, we’re pretty sure she has repeated that once a day to herself, or so we like to think. Being brave and stepping into numerous roles allowed people with ranges of talent to view a new opportunity for themselves from the comfort of their own home, especially women of color. It allowed us to gravitate towards a handful of different avenues within the entertainment industry.

Tyler’s resume stands strong as it adapts a mix of:

And the answer is… yes. Aisha was on the tv show Friends, long-running and so much more.

She’s never afraid to be herself, and that shows in everything she does. Tyler has been the permanent stamp of a modern-day chancer, the chameleon. The one who knows how to make people laugh and still wants to listen afterward. That’s talent.

As we gun it back to 1991, Talk Soup on E! ‘s The Soup was plastered on your TV. The proud San Francisco native stepped into the role of being the first African American female host. Showing face and superb comedic timing for six seasons, all the doors seemed to open for Tyler.

Stepping out as a powerful woman of color in the industry, Tyler used a platform for her voice. She informed others that there was a missing piece to the puzzle. Maybe some never noticed was there. Yet a monumental moment of ‘this is who I am, and nothing is going to stop me from doing what I want every time she stood on stage was commendable. Aisha Tyler is Lit: Live at The Fillmore did just that. The completely raw and uncensored attitude was all of our cups of tea because we saw someone break barriers from a bird’s view. Also, we can’t forget the fantastic music video created from inside the creative state of Aisha Tyler.

Tyler understands the process of what it is to be a nerd and to grow up as an outsider, and to be different. Video Games coming into the picture were the glue that held interest throughout all the years and ongoing.

Having dreams come true like being the voice inside a game after always being an established gamer since childhood was everything. Voice acting seemed like a natural progression for someone involved in film by her energy towards storytelling. That allowed Tyler to have her voice added into Halo Reach in 2010 which was the 5th i

Having dreams come true, like being the voice inside a game after always being an established gamer since childhood, was everything. Voice acting seemed like a natural progression for someone involved in the film by her energy towards storytelling.

That allowed Tyler to have her voice added into Halo Reach in 2010, which was the 5th installment of Halo at that time. During that release and period of gameplay, Halo was a revolutionary piece of content that opened the doors of first-person shooters for us gamers. Meanwhile, Tyler’s voice acting resume has added Gears Of War 3 and Watch Dogs.

Not only does Tyler bring the super spy, Lane Kane, to life in FXX’s Archer, but whatever her mind gets set on, she steps in to deliver. Even if she gets to wear sweatpants during the entire process as if jealousy doesn’t exist. Archer has been running for more than ten years now, and the American award-winning animated comedy series isn’t going anywhere anytime soon. Season 11 just aired last month back on September 16th (2 days before Aisha Tyler’s birthday, mind you), and it’s just what the Doctor ordered… more laughs for 2020.

Meanwhile, if you’re wondering what to pair your tv time with, you might as well check out Courage + Stone because Aisha Tyler once again is making it happen. Her idea of making divine and yummy drinks in the comfort of your home isn’t only brilliant but needed, mainly because of her curated fundraisers to raise money for charity. Life can be a bit rougher for some during this pandemic, and a slight pickup can never hurt. And for workers in the restaurant industry, Tyler found a solution to a problem and is currently helping.

If that isn’t enough, she also uses her time to host the Official After Show for The Boys Season 2 called Prime Rewind: Inside The Boys on Prime Video. The season finale dropped on October 9th. The show got renewed, as IGN mentioned, for yet another season, and we are feeling over the moon.

If Tyler could be cloned somehow, the geek world would be a better place. But for now, we will never forget the interview Tyler did at SYFY NYCC 2018 as she speaks on Geek Culture:

“I think it’s really important for nerd culture to be a welcoming culture. Because we all know what it’s like to be kept out. We have to reject this principle, and I get it, we feel like ‘we built this now you can’t have it’ but, we’re doing this to nerds that was done to us and it’s just not right. We have to reject it.” Tyler continues, “We’re stronger when we welcome people in. Because this is a culture that celebrates what we love. This is a culture of passion, it’s a culture of fandom, it’s a culture passion, not a culture of inclusion. And uh, it really makes me crazy when we gate keep.”

We felt that Aisha Tyler, and we are still running with it to this day.

For the rest of you all, the next time you play a game and make a quirky joke, or you stand tall when someone says you can’t do something, think real hard that our idol of geek culture’s trophy winner might have had something to do with it. Notably, if you’re randomly starting to read Chuck Palahniuk books outside of Seattle. Maybe you looked at Trinity from The Matrix in a different light in 1999 too. It might have to be Silversun Pickups forever being the band that always has a catchy song and a little passion for campaign gameplay.

Just think about it.

Until then, do you have a favorite video game memory? Because Aisha Tyler does. And you should too because we would love to hear about it. And to the ones that denied Aisha’s nerd crown back in the day, she’s had a message for you all along.