Who Can Revitalize The Comics Industry? 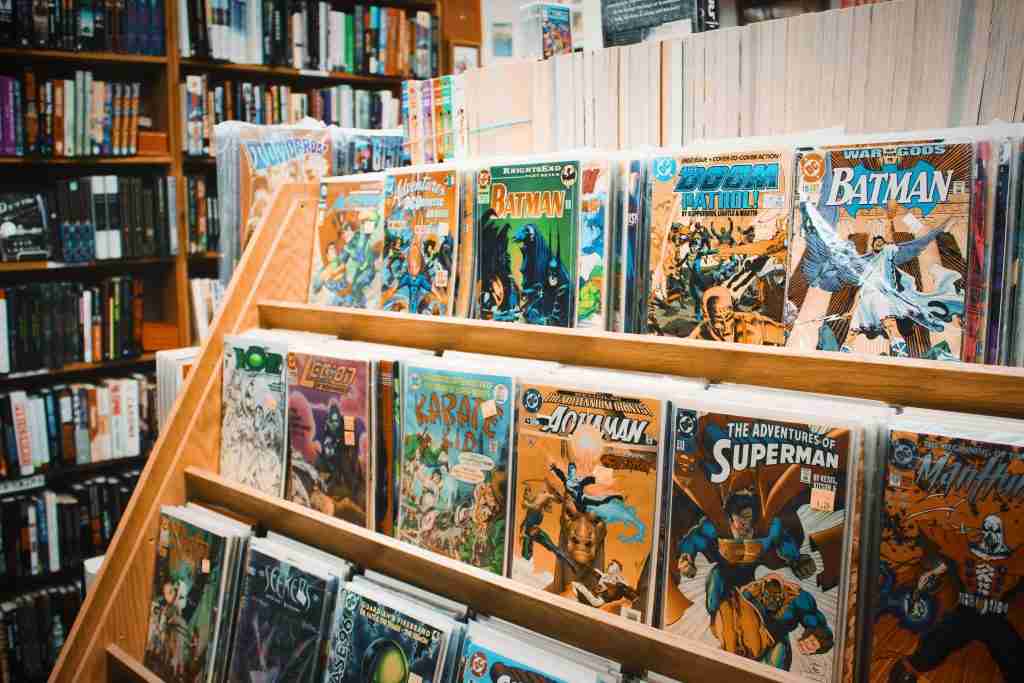 Comics, ladies and gentlemen. We read them, and they transport us to new worlds and universes. The pages flow with stories that smash our imaginations with wave after wave of detail and imagery, showing us what’s possible within the vastness of the human mind. At least that’s what supposed to happen. Comics are in an interesting place now. As the face of popular culture, it’s no longer “strange” to be into Spider-Man or Batman. As widespread as it is, it’s harder than ever to fall in love with the funny pages. As the times have changed, comics have lost some luster. Why? Maybe because, the industry’s standards are built on antiquated foundations. Yes, Stan Lee, Steve Ditko and Jack Kirby built a great universe. Yes, the essence of Bob Kane’s legendary characters should be preserved. Yes the Golden and Silver Age of Comics were great, but who are we going to look to for ushering in the next great age in comics? Who are some creators that can inject a healthy dose of revitalizing characters, creating new ones while reinvigorating comics as a whole?

Before becoming a writer, she was a hairdresser. She started out creating fan fiction parodies in her column You’ll All Be Sorry!, and then later penning Simpsons Comics. After a stint on Marvel writing Deadpool and Agent X, Simone landed at DC Comics, going on to write for Action Comics, Villains United, Secret Six and Birds of Prey among other titles. But it was her work on Wonder Woman that shines here. In 2007, the character remained well known, but had grown a bit stale in portrayal. Simone wrote a character in the mist of discovering her true potential. Not just as a warrior and hero, but a woman in leadership of both women and men. Simone is regarded as the most prolific female Wonder Woman writer, however that title may be short sighted. Her writings of a character created in 1941 sparked the comics-wide change of how women superheroes became superheroes who were women. Not to mention, in 2010, she went on to write a fan favorite episode of Justice League Unlimited entitled “Double Date”. If any of that wasn’t enough, she has been an active feminist in the industry since before her work directly in comics started. She is the owner and one of the creators of the website Women in Refrigerators.

Dwayne McDuffie was sadly taken from us February 20, 2011. However, he left a huge legacy. McDuffie worked for Marvel, DC Comics, Archie Comics and Harvey Comics. After his work with those companies, he felt there was something missing in comics as a whole. To address this, he founded Milestone Comics as a division of Milestone Media in 1993 with a league of Black artists and writers. They believed minorities were severely underrepresented in comics. Under this imprint (published and distributed by DC Comics) McDuffie created and wrote Hardware, Icon, Blood Syndicate, Xombi and Static which later evolved into the Static Shock animated series. After Milestone stopped publishing, McDuffie went into television full time as a staff writer for Justice League and later showrunner of Justice League Unlimited. However, he would return to comics and in 2008, as he would witness the rebirth of his Milestone universe. DC Comics announced it’s revival, absorbing characters like Static and Icon into the DC Universe. Dwayne McDuffie’s truest contribution to comics is the art of inserting new ideas, plots, characters and designs into comics. For him, it didn’t have to be the same tried and true characters in the spotlight. He often looked to other lesser known characters to feature, or created new ones to love and stand next to their predecessors in equality. This is the essence of comics.

Peter David started in the journalism field, which he gave up on to pursue fiction writing, which he also gave up on to pursue sales. After some time he became the sales manager at Marvel in the 1980s, where he successfully sold two stories for The Spectacular Spider-Man title. At the time, this was viewed as a conflict of interest, but has now become common practice within companies. The self-proclaimed “Writer of Stuff” went on write for the following notable titles: The Incredible Hulk, Action Comics, Wolverine, X-Factor, Star Trek, Aquaman, Supergirl, Teen Titans, Young Justice, The Dark Tower: Gunslinger Born and many more. He’s also ventured into video games and television writing for Babylon 5, Space Cases (co-creator), Ben 10: Alien Force, Shadow Complex, Young Justice and more. David’s career is one marked with risk, and a departure of the norm. He often took characters and their interactions with others to their limits. It was Peter David’s run on The Incredible Hulk that explored the character’s multiple personality disorder issues. David’s MadroX turned the Jamie Madrox (A.K.A. Multiple Man) character into one of Marvel’s best known X-Men characters. Perhaps the best attribute of Peter David’s style is that he seems to always approach a title/character with a certain fearlessness. One example of this was the creative choice to depict Shatterstar and Rictor (two very masculine X-Men characters) entering into a homosexual relationship/attraction in his later run of X-Factor. Often times fans love of the original source material of stories can be a crutch. However, it seems that Mr. David has inspired a generation of creators wanting and willing to throw that “aged” notion out the window into a pit of fire.

Some fans/readers love the old stuff. We grew up on it. Simply put, it’s time to let go. Not that the old stuff isn’t good or great. It certainly has a place in storytelling today, but not at the forefront. Along with those mentioned above, the seasoned readers need to stand up for the next generation and demand more from Marvel, DC and other publishers than just making sure the movies and television shows are true to the source material. Gail Simone, Dwayne McDuffie and Peter David spent their careers changing and innovating the industry, inspiring new ideas and creators. This generation deserves to lose themselves within their imagination the way the previous one did. Who are some are creators in comics who also deserve to be mentioned?