Why I Have to Keep Asking Esports: “Where Are the Women?” 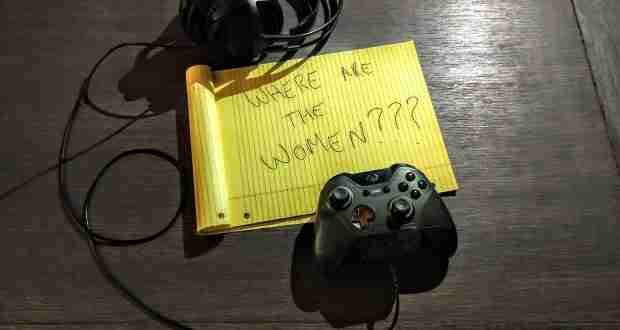 It’s not for my sake that I ask this question, I KNOW where we are. I have to ask, like a broken record, the same question because it’s not being taken seriously. I get it, it’s not a fun topic, and games are about having fun. However the esports community is known to be critical and vocal about things they don’t like and often demand change. So I know the community is capable of taking up a cause. As a journalist who covers esports, I have love and passion for this community, but it needs to do better when it comes to women.

There is a lot of positive buzz around esports, it has helped transcend game design and multiplayer games. Esports has brought together communities to enjoy awesome displays of talent, something I have personally experienced. I am not here to deny these positive things, but nothing is perfect, and esports has some serious pitfalls that make it hard for women and girls to join in the excitement and competition. Think about it, there is NOTHING that physically holds women back from being as successful in games as men are, NOTHING. Esports could be revolutionary by being co-ed. So why aren’t there more female competitors?

If you’re wondering what we’re hiding from, you are in desperate need of educating yourself. Just being female and being online can be a hazard and in order to break into the pro scene, you need a good deal of exposure. Women cannot win when it comes to building an online following. By the loudest and most ignorant voices in the scene, women are quickly downgraded to sexual objects or invaders in the gaming space. Don’t believe me? Feel free to ask me or any woman with passion for video games. In order to build a better esports scene, women have to be seen as players, not objects or invaders. This is an idea the community and game publishers will have to fight for against the small but very effective hate mob. It means being vocal, and treating the toxic behavior towards women like a cancer that needs to be cut out. Tell the mob you WANT women in this space, and you want their women hating bullsh*t GONE.

I am NOT, I repeat, I am NOT demanding esports teams shove women onto their teams to fill some sort of quota. I firmly believe that will not solve the problem. Professional players should be genuinely desired for their talent, not their gender. I believe there is a great deal of female talent flying under the radar and a great deal more that is simply untapped. Women love games, and I have witnessed plenty with a competitive spirit and skills to match. The community simply needs to make it tolerable to be a woman and be in the esports world.

Even the most well meaning voices of the esports scene often turn a blind eye, or love to say, “It’s getting better! Look, here’s a small handful of female pro gamers I can name!” Wow, you’re almost out of fingers, neat. Whatever pace we’re at now is not fast enough. Competitors should want to compete against the best, that could very well be a woman as much as it could be a man. However competing is not easy when you’re being torn to shreds across multiple platforms just for existing in the gaming space. Competitors, game publishers and esports leagues want their audiences to grow. Being a more aggressive ally to women is not only the right thing to do, it’s good for business. Moving forward I am resolved not to ask where the women are, because it’s pretty damn clear. From now on I will be asking “are you gonna fight for women in esports or not?”