Why The Women of Halo Are Awesome 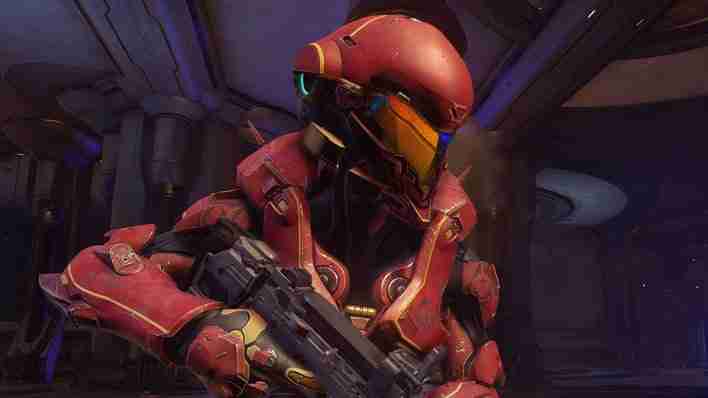 You don’t have to be a FPS game fan to appreciate Halo’s vast lore. It’s a solid sci-fi universe with lots of mystery and intrigue and above all, characters I love sinking my teeth into. Today I was scrolling through Twitter and saw two stories that had me very excited. One, Kat-B320 is getting her own Legendary Crate from Loot Crate in February.

This Noble team member happens to be a personal favorite due to her crass personality and superior technical knowledge. She doesn’t care about being liked but you’ll thank your lucky stars you have her on your side.

Next up, I saw Linda-058 is getting her own comic book series courtesy of Dark Horse. The comic mini-series is called “Lone Wolf” which depicts Linda embarking on a solo mission which is new for the character as she is so often depicted with the infamous Blue Team. Linda is one hell of a sniper sporting the infamous Norfang rifle. I love her for her pragmatism and her ability to improvise I cannot wait to see how this series goes.

All this news reminded me just how many awesome women exist in the Halo universe. As far as FPS shooter games go, I think the Halo franchise has cultivated the most impressive lineup of women. Granted Halo was initially centered around John-117, a main character with a pretty basic trope, the universe evolved rather quickly, for a video game franchise, to incorporate more diversity and stronger narrative.

Compared to the Call of Duty franchise that took ten games to finally introduce female avatars into multiplayer gameplay, Halo did it in about half that time. In terms of designing a female counterpart to an iconic male design, Halo did women right. When female Spartans were introduced into multiplayer they weren’t given some ridiculous armor variations that resembled crop tops or bikinis. They were presented as soldiers and were designed accordingly.

These women are by no means saddled with predictable tropes. Their personalities and strengths are incredibly varied. Some of them are intended to be disliked and questioned while others are easy to love. The women are given equal footing in terms of complexity and plot relevance.

The Halo universe narrative has become such a flourishing phenomenon with great comics and incredible books. You can dive in without the games although I have to say, the game campaigns are overall very well done. I strongly recommend anyone looking for an immersive universe with a strong cast of women check it out.